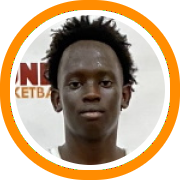 The New England Recruiting traveled to Maine on Sunday for an Elite Evaluation Showcase hosted by Ben Teer Recruiting.

The event featured 47 of the top prospects from the state of Maine, all of whom came together for an opportunity to be evaluated both by NERR and local college coaches.

The most notable prospect in attendance was South Portland junior JP Estrella, who had already been in the news in recent months after pulling in a handful of new offers, including his first from the high-major level. Well, seeing is believing, and it is now apparent that Estrella’s ascension is just beginning. The junior big man has made massive gains in the last six months, not only growing a couple more inches but getting more athletic, extending his shooting range, and becoming more assertive. Just as importantly, he has maintained a level of humility that will allow him to continue improving. In short, he’s on his way to becoming one of the biggest names in New England.

Here's a look at the other prospects that stood out.

Ty Henke, Mt. Ararat – He was one of the best unsigned seniors in attendance. At 6’5, he projects as a skilled face-up forward or maybe even a big wing. He showed a nice shooting stroke from three and even an equally soft pull-up game with a quick release.

Wani Donato, Portland – If Henke was the first senior to standout, then Donato was perhaps the one that made that most lasting impression. An athlete who is both long and smooth in the open floor, he plays with great economy of motion and showed an undeniably high upside.

John Shea, Edward Little – He literally went from a fall league game straight to the showcase and was his typical impactful self throughout both. A walking double-double since he was an underclassman, Shea is a beast inside the paint with the range and touch to stretch opposing defenses.

David Omasombo, Lewiston – A diminutive playmaking guard who is highly skilled with the ball in his hands, Omasombo had a full assortment of shooting and handle on display. He shook defenders off the dribble, had a very soft ball from three, and a deceptively strong body and ability to absorb contact.

Rowan MacDonald, Scarborough – Physically strong with a well-rounded skill-set, MacDonald showed well on Sunday. He shot it well from behind the three-point line but also showed enough handle to make plays off the dribble, and go through contact while doing it.

Simon Allen, Central – He caught our eye because while his frame is still maturing, he made some impressive plays to the rim and showed signs of being a prospect that coaches should monitor throughout the year.

Kalvin Catchings, Gardiner – Catchings was one of the best long-term prospects in the field. He has good size, a frame that should fill-out, some developing face-up game, and solid athleticism. In fact, he opened the camp with a couple of big dunks. As he keeps learning to assert himself, he could become a dominant force in Maine high school basketball.

Evan Reeves, Cape Elizabeth – Another versatile big man and talented long-term prospect, Reeves has legit size, developing touch and shooting range, and even showed signs of a hook in the post. He needs to finish and go through contact more consistently, but his upside was one of the highest in the field.

Will Davies, Thornton Academy – Davies made an impression, both with his skill and basketball acumen. The coach’s son had deep range on his shot with a naturally soft ball. He was very smart, putting on a clinic with his perimeter footwork, and now has good positional size as well. Look for him to fill-out and keep emerging moving forward.

Remi Wani, Deering – A well-built guard with a strong frame, he was capable of both attacking the rim and making spot-up shots from the perimeter. Additionally though, he was a two-way player who could defend the ball and be switchable on that end of the floor.

Will Kusnierz, Dexter – A good sized wing at six-foot-four, Kusnierz was another player who impressed with his skill-set and shot-making ability. Not only was his stroke sound from behind the arc, but he had a mid-range game to match with a throwback willingness to use the glass (even spinning into a banked pull-up at one point).

Nick Serappa, South Portland – Another good-sized wing who impressed, Serappa was at his best slashing to the rim. He not only made some impressive plays to the rim with no wasted motion, but then showed the solid athleticism to finish at the cup as well.

Pitia Donato, Portland – It was refreshing to see a variety of different players who could shoot the ball at this event, but Donato impressed with his ability to shoot off the dribble in particular. That is a highly-coveted skill in the modern game and gives him potential as a playmaker and creator off a ball-screen.

Cole Pulkkinen, Oxford Hills – This lefty point guard played with a playmaking flair all night long. He was good with the ball, crafty inside the lane, and dropping some high-level dimes (without being too turnover prone) including one beautiful behind-the-back find in the lane.

Josh Lunch, Cape Elizabeth – The southpaw is still growing into his body but he has long arms and the ability to make shots in bunches from behind the three-point line. He was almost reminiscent of a young Alex Furness.

Zach Thompson, Mascoma (NH) – He came in as an unknown but left having made a name for himself. The point guard was crafty with the ball, able to get in the lane, and make some impressive finds.

Yusuf Dakane, Lewiston – We heard his name as soon as we walked into the gym and he proved his worth over the course of the next few hours. Dakane is a power guard who can attack, rebound, and defend. As he continues to polish his skill-set and shooting range, his game will go to new levels.

Pepito Gircumugisha, Portland – He’s a scoring guard with clear tools, confidence, and a one-on-one style. The next steps being to become a bit more efficient and learn to run a team, but there’s some clear upside here.

Gabe Michaud, Gorham – Michaud showed a great base of fundamentals, skills, and basketball IQ for an underclassman as he showed some handle, a good stroke, and even moved without the ball.

Cohen Galley, Oceanside – A strong-bodied left guard, Galley was another underclassman that showed good early skill-set and shot-making ability from behind the three-point line.

Manny Hidalgo, South Portland – A young point guard of the jitter bug style, Hidalgo is in the early stages of growing into his body but already has a lot of handle and shifty playmaking ability.

Jace Bessey, Spruce Mountain – His skill-set with the ball is very developed for his age as he showed a clean release and the ability to knock down both threes and pull-ups alike.

Adam Zeininger, Lewiston – He caught our eye early with his athleticism for his size and will definitely be a prospect that we monitor over the course of the next four years.