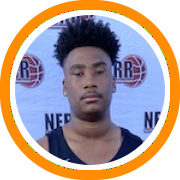 Yesterday, we profiled the Team Spartans u16 squad, comprised primarily of prospects in the class of 2022.

Today, we’ll turn our attention to the u15 group and the class of 2023, another highly talented group with a bright collective future.

The first name to know is Kingswood-Oxford forward Gavin Griffiths. The 6-foot-6 forward is very versatile at a young age. He handles the ball to both sides, has a soft shooting touch, and good athleticism off two-feet. Most importantly for his long-term development, he’s far from a finished product as he keeps filling out and polishing all aspects of his arsenal.

The other well-known name on the roster is Jahmari Hamilton-Brown, a 6-foot-6 wing forward who was one of the top freshmen in the MIAA last year at Malden Catholic. Hamilton-Brown has all types of athleticism and physical upside, but is working to expand his skill-set and making clear strides. He’s got face-up shooting potential and once he learns to utilize his physical tools to attack the basket, his game will go to a new level.

Two new names that emerged in the workout were Emmanuel Cruz and Austin Hunt, both of whom were previously unknown but made a big impression with their performances. Cruz is a long and athletic wing with loads of untapped potential, who is headed to Paulo Freire Charter next year. Hunt is a highly skilled guard who shoots it and has the basketball IQ, along with good perimeter size, to match.

The u15 group is up next tomorrow. Here’s a sneak peek at a new name to know in 2023 - @SMBoysBball Austin Hunt pic.twitter.com/YWDnAQG9lI

The new name to know up front was Northampton High School’s Max Lockett. With good size and an already strong body, he’s a man among boys in his age group, but his game isn’t based solely on his physical dominance as he’s also got some good face-up shooting potential to develop.

Rising freshman Nahkeem Singleton is a wide-bodied big man who will join the program’s stable at Malden Catholic next year. His size, soft hands and touch give him tools to develop and learn to harness in the coming years.

With so much size and talent up front and across the wing positions, the backcourt features a variety of talented young playmakers.

Nobles’ Marc Garraud is the definition of a jitter bug. He may be undersized but he’s super quick with his dribble, able to get wherever he wants on the floor, and with all the tools to get under opposing ball-handlers defensively.

St. Sebastian’s Zion Simmons is an undersized, but compact and strong, guard who also stars on the football field during the school season. He provides the Spartans with another talented playmaker. Dana Williams is another St. Sebastian’s product and he too can really handle the ball and make plays, but he differentiates himself with his ability to change speeds.

Brockton’s Dajon Burton is another guard to keep an eye on long-term. He’s got a little more size than some of his counterparts along with a strong body, physical style off the dribble, and good finishing touch around the rim. At 6-foot-4, Davin Pandian has good perimeter size and some slashing potential of his own to watch on the wing.

As we said yesterday, this early on in the process, nothing is certain. But, as was the case with the program’s u16 team, there is a surplus of young talent on board here, all of whom are putting in the effort to take their games to the next level.

And with a talented 2023 class following up on the success of 2022, it's a statement that Team Spartans are building something special.