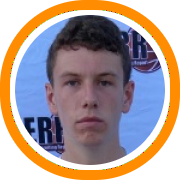 To say that our visit to see Team Spartans exceeded our expectations would be an understatement.

We knew they had talent. Donovan Clingan is already nationally ranked and has his choice of high-major suitors. Matt Curtis, Tony Felder, Keyonte Beals, and Gavin Griffiths all have early offers too while Kalu Anya, Hayden Abdullah, Torran Bosworth, and Kingsley Breen all have early reputations as well.

The reality though is that early offers mean very little in the long run…and an early reputation means even less, regardless of the player or the program. Unfortunately, sometimes they both have more to do with perception than reality.

So, candidly, when we walked through the doors of the Team Spartans practice, we didn’t know what to expect.

What we found was one of the most impressive practices we’ve seen this summer.

First and foremost, it was organized and competitive. “College caliber” is a term we’ve used only a couple of times this summer, and for good reason, but this practice belonged in that category and that’s a credit to program directors Joe Chatman and Al Rue.

As for the talent, that too exceeded our expectations.

Clingan is every bit as good as advertised. His combination of size, length, soft touch and hands is just off the charts, and while he put up huge numbers this past year at Bristol Central, the scary part is that he hasn’t even begun to scratch the surface of his potential. Throw in the fact that he seems to be a high-character and humble young man, and there’s lots of reasons to be excited about his future.

Beals and Bosworth were already back to prep school, but even without two of the team’s key contributors, this group was impressive from start to finish.

Curtis is another one who put up huge numbers this past season, scoring almost 24 points per game for Northwest Catholic. At the midpoint of his high school career, he’s evolved into one of the toughest shot-makers in the region, especially among its underclassmen. He’s also in really good shape as he’s obviously made a commitment to his fitness.

Northwest Catholic & @GoTeamSpartans Matt Curtis (@MattCur84337086) is becoming one of the toughest shot-makers in the class of 2022.#BeSeen �� @hoopmajorhm pic.twitter.com/Xa35O8OpbG

Felder was the leader of the group, and that’s not lip service because he’s the coach’s son or the point guard. Quite the opposite, his authentic leadership style was one of the best we’ve seen all summer. He was verbal in all the right ways and clearly owned the respect of everyone in the gym. The fact that he too is extremely skilled and a quality shot-maker only adds to his value.

It’s never easy being the coach’s son...but the players decide who their leader is and Tony Felder (@_2t10) was the guy running the show for @GoTeamSpartans #BeSeen �� @hoopmajorhm pic.twitter.com/OVJ3SfcPfY

Breen was perhaps the most pleasant surprise. He’s a year ahead, and is planning on joining Felder at Malden Catholic for his senior season, but likely to prep back to 2022 following the year. The big-bodied wing is known for being a powerful match-up problem, but he showed a lot of bounce at the rim and a soft shooting touch to match.

Anya may have been the most improved, both in terms of his body and his game, which have each gone to new levels since last fall. With exceptional length and a frame that is coming on in a hurry, he has a terrific physical profile but is also now impacting the game off the bounce and becoming more of a threat with his shot.

Hayden Abdullah, who teams with Curtis at Northwest Catholic, remains a very talented prospect with an intriguing upside as he combines good size with a versatile early skill-set and a frame that is just starting to fill-out.

Timmy OToole is a prospect that, candidly, wasn’t on our radar prior to the workout, but most certainly is now. The big wing was fluid covering the court and athletic in the open floor. He’s reportedly grown a couple of inches in the last year and is now taking his game to new levels.

Another new name was Paulo Freire Charter’s Will Johnson, a big guard with the strong body to match his position size and clear playmaking ability to both sides off the bounce.

Let’s be clear, it’s still very early for every prospect in the gym, so offers or not, nothing is guaranteed, but every player in that gym has the ability to play the game at the scholarship level. And if everyday is as competitive as when we watched, it’s a good bet they’ll continue to ascend, both individually and collectively.