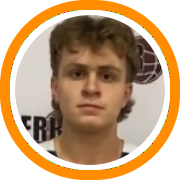 The Millbrook School’s basketball program has been built from the ground up under head coach Billy Thom and is currently operating at unprecedented levels.

They’re exceptionally well-coached, annually in the thick of things in what may be the NEPSAC’s deepest class (B), and now producing multiple college players with each passing year.

The 2021 class could be their deepest yet. There’s a veteran trio here that has all blossomed since their arrival in the program and has set the tone for years to come with their collective work-ethic.

Nick Benton is the headliner. A powerful 6-foot-6 wing, he has the combination of size, strength, and versatile skill to play multiple positions and spots on the floor. He’s a clear scholarship caliber talent and one who is ready for the next level, both physically and in terms of his overall approach.

Seth Caslin is another player who made massive gains last year. He is a big lefty guard who totally changed his body after a year in the Millbrook weight room. He shoots the ball with range, can make tough shots, and use his size and athleticism to attack the rim. He made an early commitment to Union College, where he should be poised to have an outstanding career.

It's the same DNA for Charlie Weisberg. He’s a shot-maker with a compact release, has all the right habits, and has built-up his body in the weight room. He knows how to play and is very efficient in both his approach and his floor game.

Collectively, it really can’t be overstated just how unique it is to have three veteran seniors who buy-in so completely to, not just, building up their bodies and developing their individual games, but also to playing the right way and being about all the right things on a daily basis.

That example sets the tone for this year’s team and also for the underclassmen who will take on leadership roles of future teams here.

Eli Cott and Dan Geigelson are two more returning seniors who provide veteran leadership. Nate Denham and Jonah Gersten are new additions in the class of 2021. Denham is a true senior with the body type, athleticism, and foundational skills to blossom.  He should really benefit from being around this group on a daily basis.

Sharif Nelson is a key addition in the class of 2022 and has been one of the team’s best guards this fall. He’s heady with good pace and the requisite physical tools to differentiate himself. He’s also engaged and able to change the game on the defensive end of the floor. Hugh McLaughlin in another junior guard from New York who adds to the program’s backcourt depth.

The class of 2023 has a chance to go down as one of the best in program history. Lucius Gibson-Savadel, Liam Kennelly, and Ethan Madeiros aren’t just talented, but they’ll have the benefit of spending their full four years here.

Gibson-Savadel is a mountain of a man and true center inside. He’s not just immovable in the paint and able to change the game with his size though, he’s also still young, willing to play through contact, and developing both hands.

Kennelly has been as impactful as any guard here this fall. Whatever he may lack in size and strength right now, he more than compensates for with skill and the type of feel for the game that really can’t be taught. He’s also as tough as he is smart.

Madeiros is a budding wing with good positional size, a strong build, and a solid skill-set to keep developing. The 2023 class also includes Chris Diaz, a high-volume rebounder and excellent baseball player, and Campbell Thomas. Sir Solano and Gavin Sommers are two freshman guards getting to cut their teeth with older competition.

If there are games to be played this season, this is a group that could end up being Millbrook’s best team yet. But there’s also a young core in place to keep raising that bar with each passing season. More than that, there’s true culture here and a quality of teaching that you don’t often see.