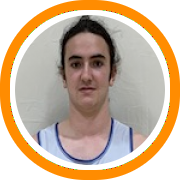 The Mass Commanders are a MetroWest based grassroots program under the direction of Rudy Crichlow Jr. and Markus Potyranski that strives to better their players chances to continue on to the next level.

Last week, when the Be Seen Tour visited their practice, we witnessed first-hand several players that are already college prospects and others that are knocking on the door.

Nate Edwards-Roseney, Chauncey Chapel Hill – A long and elastic lefty and budding big wing at 6-foot-5, Edwards-Roseney has all types of untapped upside. Both his hands and touch looked soft. He used the glass effectively, shows flashes of slashing ability, has the potential to evolve as a shooter, and all the physical tools to be a very impactful defender.

Flo Kuechen, Newton North – He’s increasingly versatile beginning with a good build and broad shoulders. He’s athletic enough to attack hard in straight lines and finish above the rim, but also looks for open threes and has an ability to pull opposing forwards away from the basket.

Derrick Thomas, Leonminster – He was a guy that caught our eye early with his skill-set. He’s good with the ball, capable of making shots off the catch and the dribble, and possesses some quickness and playmaking ability as well. He’s flashy with the ball and will get more efficient as he learns to pick his spots.

Kevin Coppinger, Needham – Another guy who caught our eye and looked to be on track to play at the next level, Coppinger has a strong early build and well-rounded game. He made shots with room and rhythm from the perimeter, was efficient handling the ball, and was willing to mix it upside and able to dig out some rebounds.

Koki Takamatsu, Newton North – He may not wow anyone at first glance, but Takamatsu grew on us as the workout went on because he was a true point guard and one of the better passers in the gym. He fed the post, snapped balls around the perimeter, was an efficient distributor and also set good screens and defended.

Jason Antonellis, Newton North – He’s a more than capable scorer who has an unorthodox looking stroke at times, but can still make shots. He was able to make tough finishes with both hands around the rim and also showed a solid build and high overall basketball IQ.

Holland Hargens, Newton North – Yet another Newton North product, Hargens looked like the ultimate role player. He was physically strong, able to attack with hard straight-line drives, rebound inside, and consistently win 50/50 balls.

DJ Kline, Needham – He has a naturally soft shooting touch as the ball comes off his hand effortlessly, even when taking tough step-back or side-step threes. He also plays with a high basketball I.Q. and makes those around him better.

Sean Lansing, Sandwich – Lansing showed glimpses of making versatile contributions. He made some nice dribble drives, had a couple of good finds, and was a solid on-ball defender as well.

Wyatt Greenberg, Wheeler ‘23 – The 6-foot-5 big man has soft hands and touch that allow him to come up with tough catches and be an inside-out scoring threat.

Max Smith, Little ‘23 – The lefty has an unorthodox style but is only one year into his high school career and already able to hold his own against older competition.

Connor Holmberg, Wachusett ‘23 – Probably the best of the rising sophomores, Holmberg is still new to the game but he’s tough and fiery with upside as he continues to grow into his body and polish his game.