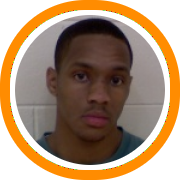 Central Connecticut head coach Howie Dickenman has built the Blue Devils into a perennial power in the Northeast Conference.  Year in and year out Coach Dickenman’s clubs are among the hardest working, toughest, and most disciplined teams you will find, not just in the NEC, but in all of college basketball.  Consequently, it takes a certain type of player to be successful in Coach Dickenman’s program.

The Brewster Academy senior, who originally came to the New Hampshire prep school by way of Great Britain, has been the unsung hero for Jason Smith’s program for the last two years.

“Devan is the best defensive player we have had at Brewster in my tenure,” Smith told the New England Recruiting Report.  “He’s the consummate team player, willing to do whatever it takes for the team to win.”

That is quite a statement from the man who has been at the helm of the Brewster program for almost a decade now, in that time transforming it into one of the top prep programs in the country.

It is undeniable that Bailey is an elite level defender, not just able to lock down the opposition’s best scorer, but also to be a playmaker on that end of the floor because of his ability to pick up and pressure the ball-handler for the entire length of the court.

His offensive game has grown by leaps and bounds in the last year or so as well.  He’s explosively athletic and able to create his own shot consistently.  He can play either guard position, handle and pass effectively against pressure, and has a jump shot that has come a long way.

But even more importantly, Bailey is one of the toughest and hardest working kids you’ll find.  Further, he understands and accepts his role of being a defender first and foremost.

In today’s day and age it is rare to find players willing to accept the responsibility of leading the team on the defensive end without receiving the limelight of doing the same offensively.  But that’s what makes Bailey so valuable…that “old school” approach to the game.

“I’m very happy that he has the opportunity to play for a college coach who puts a high value on toughness and defense,” said Smith, “because those are Devan’s best attributes.”

Bailey is the sixth player from this year’s Brewster Academy team to commit to a division I school, and the 7th to earn a scholarship.  With Reggie Moore and Derrek Tartt both likely to make commitments in the near future, Brewster will have produced a whopping 9 scholarship level players this year.