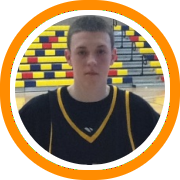 The Boston Amateur Basketball Club hosted their 21st annual Veteran’s Day Classic last weekend, an event that has become synonymous with the end of the fall AAU season.

This year’s event was tied to the BABC’s historic past, holding games at the Tobin Community Center and Vine Street Community Center, two local facilities which the program previously called home back in the days of Patrick Ewing and other former BABC stars.

The BABC defended their home turf without problem, going undefeated in both the Junior/Senior division as well as the 8th grade division.

After opening with a 97-34 win over Mass Premier on Saturday, BABC returned to the floor on Sunday to take on an older LOX team coming off two big victories of their own and led by David Stewart (Madison Pak), Alijah Robinson (Holbrook), Omar Orriols (Charlestown), and Drew Healy (Lowell).

A short-handed BABC squad took a 33-30 lead into halftime but then broke the game open in the second half with a 44-10 run.  With Jonathan Joseph, Curtis Cobb, Marcel Pettway, and Brendan Hill out of the line-up, Tyler Nelson stepped up with six three-pointers and 30 points.  Bobby Martin Jr., Terance Mann, and Bruce Brown turned in strong showings as well while Bonzie Colson, Bobby Ahearn, Nick Cambio, and Henry Bolton also contributed to the win.

Ballas TV was on hand to capture the action.  The BABC/LOX game can be seen in its entirety here, while highlights of Nelson and Brown’s big performances can be found below.