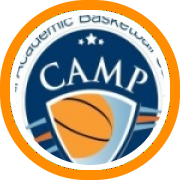 Serving as the only camp in New England during the Division 1 live periods, the All Academic Camp kicks off Tuesday afternoon and will run through Thursday afternoon at Brandeis University in Waltham, MA.  Annually attracting north of 150 of the best academic institutions in the country, this year will be no different.

360 players from 23 states and 4 countries are already committed to participate.  Top New England student-athletes who will be in attendance include a group that already claims Division 1 offers, along with several others that are sure to join that group before all is said and done.  Some of the top New England products (public & prep school) participating include Thomas Shaughnessy, Patrick Harding, Tommy O'Neil, Bryce Daley, Deleke Karera, Will Phelan, Rhett Carter, Dillon Grant, Toni Rocak, Sean Christy, Zach Stenglein, Matt Becker, Jackson Meshanic, Cameron Shockley, Cole Prowitt, Marko Mitrovic, Riley Griffiths & Greg Lawrence.

The diversity of where these talented players come from make this camp very unique, as last year several AAC attendees from outside of New England committed to Ivy & Patriot League programs.  High academic grassroots programs will have players in attendance, as well, such as ABC, BTI (CA), Mass Elite, Middlesex Magic & Tampa Titans (FL).  Games will run continuously from 8am until 11pm at night.

Stay in tune with all things #AAC related with constant updates on Twitter from @NERRHoops & @AllAcademicCamp, as well as recaps here on NERR later in the week.