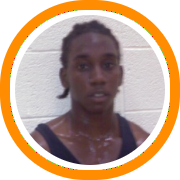 Gardner, a six-foot-five forward from Christian Heritage School in Connecticut is high school teammates with Jason Perrier, who committed to AIC earlier this spring.  Gardner and Pierre ran with Connecticut Elite on the AAU circuit where they teamed with Mark Ellis, who is also committed to the Yellow Jackets.

“I just felt like it was the perfect place for me,” Gardner told the New England Recruiting Report, “it’s not too far from home and I know people up there.”

Gardner and Pierre formed a potent one-two punch for Christian Heritage this year and Gardner believes their chemistry will pay off equally well at the next level.

“We just play good together,” he said.  “By getting me and Jason, you get that combo who can both shoot and both push the ball and run.  They had a pretty good season last year but once we both get on the court I think we can make a difference.”

Odena starred at the point for a New Mission team that ran away with the MIAA Division IV state championship this year.  He is the second Boston product to commit to head coach Art Luptowski this year, joining David Campbell from nearby Madison Park High School.

Those five players give AIC a deep and talented recruiting class, laying a pipeline for future success while capitalizing on the talent that the local New England area offers.

Campbell and Ellis will provide length, toughness, and athleticism up front while Gardner’s versatility gives Coach Luptowski the versatility to play big or small.  Pierre provides size, strength, and a potent offensive threat at the two-guard position while Odena is capable of both facilitating for his teammates or being an aggressive playmaker from the point guard spot.