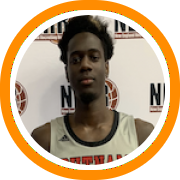 Cisse, a native of Dakar, Senegal, who also spent time in France playing for AS Monaco’s U21 team came to America in January 2021. He played a key role on a 37-1 Hillcrest Prep team that featured five star recruit Michael Foster, averaging 8 points, 9 rebounds, and 6 blocked shots per game.

Cisse decided to make the move to Putnam Science Academy for his senior year. He was an integral part of the Mustangs completing an undefeated season while winning the National Prep Championship and AAA Power 5 Conference. Cisse competed in the Under Armour Association with Arizona Select.

"Mo was a huge key for our success this season,” said PSA head coach Tom Espinosa. I gave him so much credit, most kids could not of handled what happened with him this season. Mo started the first 22 games of the season, then Ugonna transferred in second semester and ended up starting in his spot. Mo just kept working, never complained, bought into his role, and was an absolute monster coming off the bench for us.”

“A true team player, tremendous teammate, and winner. Mo was as important as anyone else on the team this year to help us go 38-0 and win a national championship. Looking forward to following his career at Saint Louis. He was an absolute pleasure to coach, and I would take him back on any team.”

Cisse becomes the sixth member of PSA’s 2022 class who will be playing Division One college basketball next season.