5 Players that stood out at the AA Classic 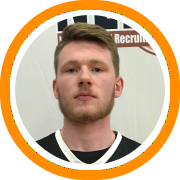 Lawrence Academy scored a buzzer beating win over Cheshire, South Kent and Cushing ran away with dominant wins over Hoosac and Bradford Christian respectively, Worcester eventually pulled away from Brimmer & May, Gould knocked off Wilbraham & Monson, and MacDuffie handled Tilton in the event’s finale.

Here’s a look at five players who were particularly impressive during the course of the day:

Daman Tate, Cushing Academy – The unsigned senior poured in 28 points including a handful of threes to intrigue a handful of college coaches in attendance to see him. A big guard and good athlete, Tate has always had obvious tools, but he’s now starting to put them all together on a consistent basis and has developed into a key contributor for the Penguins in the process.

Quest Harris, Worcester Academy – The junior point guard is known for his tenacity, leadership and playmaking on both ends of the floor, but on Sunday morning, he had his jumper going too. As a result, Harris controlled the entire game in the first-half as he helped the Hilltoppers build a double figure lead that they would never surrender in the second.

Jordan Minor, Brimmer & May – Give credit where credit is due, there may not be a more improved player in New England this year. Minor put up 34 points on Sunday, not just scoring the ball and rebounding inside, but even knocking down a couple of threes, and looking pretty comfortable doing it, which is a vast contrast to what we saw from Minor even six months ago.

Josh Reaves, South Kent – The Cardinals jumped out to a huge early lead and never looked bad. Sean Bresnan, who has been playing at a high level lately, saw limited minutes in the lopsided win but Reaves stepped in and was equally productive. The powerful junior was active on the glass and defensively, ran the floor, and showed his touch around the rim after getting downhill.

James Bouknight, MacDuffie – The Mustangs got contributions from a number of players in a convincing win but the story continues to be the way in which Bouknight’s talents keep emerging. He’s so multi-talented that the game comes easy to him, even when he’s catching consecutive lobs like he did yesterday, and as his killer instinct continues to develop, he’s only going to keep getting better.