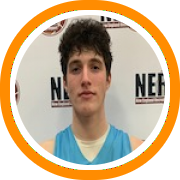 Northfield Mount Hermon School has won three NEPSAC championships in the last four years and is coming off of perhaps the most rewarding of the bunch.

The 2018-19 campaign was not supposed to be one in which NMH was poised to contend. They were young, unproven, and without the star power that typically leads to championships in a league like AAA of the NEPSAC.

Nevertheless, they became more than the sum of their individual parts and collectively peaked at the right time in what was arguably head coach John Carroll’s most impressive year on the sidelines yet.

When you raise the bar with each passing year though, the challenges only become that much more daunting. So while the recent standard of excellence now leads to annual expectations, the reality is that the process is starting from scratch again with a host of new players, roles, and challenges.

Three seniors are back in Ben Callahan-Gold, Darius Ervin, and Garrett Kirk. Callahan-Gold was the hero of last year’s NEPSAC finals and is one of the very best three-point shooters, not just in New England, but all of prep school basketball. Ervin is the starting point guard and the most visible leader on the team. He’s generously listed at 5-foot-9 but this is a player whose impact can’t be measured by feet and inches as he continues to prove himself against bigger and more celebrated competition at every step with his total command of the ball, strong presence, and three-range scoring ability. Kirk, who is already committed to Trinity, is a guy who leads by example as a consummate worker and one of the most improved players on the team.

The junior class might be the key to this year’s team though as there’s a total of six returning players in the group, all of whom will be expected to take a step forward. Jack Molloy is the most talented of the bunch right now as he’s grown into his body in the last year to become more explosive, powerful, and dangerous as a playmaker so long as he can pick his spots efficiently and within the flow of the team concept. Gus Larson, who now stands at 6-foot-10 after growing another couple of inches last year, is still probably the best long-term prospect of the bunch, even though his frame isn’t yet capable of playing through the level of physicality that a league like AAA of the NEPSAC often demands. One player who is comfortable with physicality is Jake Tavroff, who provides a powerful interior presence and anchor in the post. Berk Metin, who has vastly improved in the last year, and Kekoa McArdle provide two more big bodies on the interior while Reece Clark is a versatile guard capable of plugging a variety of holes who should have an opportunity to earn a more significant role this season.

NMH has four post-grads on this year’s roster, which is more than we’ve seen from them in recent years. Sam Silverstein, a jumbo 6-foot-7 wing who is already committed to Harvard, could be the most notable as a high-level defender and rapidly evolving offensive player. Moses Ngodock, a powerful physical specimen, is likely to split time in the middle with Tavroff while Luca Lukacevic is a big, cerebral forward from Germany who should thrive in NMH’s style of play. Zach Taylor will provide a boost on the perimeter with his athleticism, three-point shooting, and engaging personality.

The future is bright in Northfield as three incoming sophomores have joined Jack Lerner and Avery Brown to form a terrific young core in the class of 2022. Brown provides an athletic lead-guard with a ton of potential as both a playmaker and defender while Lerner’s upside comes from his size and shooting potential on the wing.

Rowan Brumbaugh is a pure point guard with an advanced basketball I.Q. and feel for the game at a very early age while Kyle Squires is a big perimeter forward who can really shoot the ball. Luke Hunger, a highly skilled big man from Canada who stands at 6-foot-8 and might not be done growing, comes from very good stock as his father previously starred at Providence.

On the surface it all looks the same. The roster is deep and filled with high-achievers both academically and athletically. There’s plenty of size, skill, and basketball I.Q.

Subtly though, this team may have more questions that most of its predecessors. Do they shoot it as well as a typical NMH team? Will they be more interior based? Are roles clearly defined? How will the introduction of four post-grads impact their typical continuity and chemistry?

The questions are legitimate. So too is the fact that this isn’t exactly the prototypical NMH roster. There are undeniably pieces in place though and ultimately the only real question is whether or not they will all fit together by the time February and March rolls around. But this is a program, and an established culture, that has earned the benefit of any doubt.