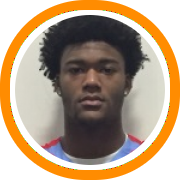 Following the graduation of a talented 2018 class and the latest set of prep school defections and transfers including the likes of Tyler Kolek, Aaron Gray, and Shakiru Odunewu, things look pretty wide open in the RIIL this year with the exception of a handful of already established prospects.

Aireus Raspberry, Cranston East – A deep and experienced Cranston East squad appears to be one of the favorites in Division I of the RIIL this season but for all the seniors on the roster, no one can change the game like Raspberry. The powerful southpaw is physically strong, talented with the ball, and able to beat opposing defenders in a variety of ways.

Bobby Fiorito, Bishop Hendricken – Coming off their latest state open championship last season, Fiorito leads a team that is looking to defend their historic legacy. A quick guard, he can impact the game on both ends of the floor along with his running mate, junior Angel Sanchez. Hendricken also has a talented young core waiting in the wings with sophomores Cam Hughes, Sebastian Thomas, and Tyriek Weeks.

Jackson Zancan, Cumberland – With good size, an emerging frame, and quality athleticism, Zancan put up big numbers last year as one half of arguably the state’s premier junior duos. With Kolek having since reclassified at St. George’s, Zancan will both be Cumberland’s primary weapon this season as well as the emphasis of opposing defenses.

Erickson Bans, Shea – The season is barely underway but Bans is already making a lot of noise, having dropped a 40-point game last week to lead his club to the Donaldson-Lynch Tournament championship. This playmaking guard scores at all three levels and does so with a flair. He can shake his defender off the dribble, pull-up, or drill deep jumpers. Bans has an up-and-coming running mate as well in sophomore Josiah Diaz.

D.J. Smith, Wheeler – The defending D3 state champions are moving up to the D2 ranks this year and should be more than capable of being contenders again thanks to their senior forward. While Smith has the size of a big man in the RIIL ranks, he also has a face-up game that allows him to attack north to south and potentially play multiple positions at the next level.

Manny Roman, Hope – The former Mount Pleasant guard is now spending his senior season at Hope. A proven scorer in the local ranks, Roman showed off his talent against quality competition this summer and left scholarship coaches from a variety of levels intrigued. If he can put it all together on a consistent basis and make good decisions, his talent level is undeniable.