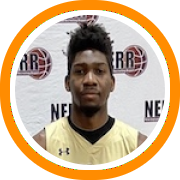 From Tim Abromaitis to Mustapha Heron to Tremont Waters and plenty of others along the way, the CIAC has had some of the top prospects to come out of New England over the course of the last decade.

This year, there’s another strong collection of talent which should provide prospects for all levels of college basketball.

Joey Reilly, East Catholic – With now multiple state championships to his name, Reilly has had a decorated high school career to date and is expected to lead one of the state’s top teams yet again this season. While he’s sometimes plays a supportive role on the grassroots circuit, the high school season gives him a chance to shine and show his playmaking ability.

Connor Raines, Notre Dame West Haven – The only player in the CIAC to sign a National Letter of Intent this fall, Raines is bound for UT Rio Grande Valley next season. He’s a very intriguing talent as he’s got size and athleticism on the wing along with a good deal of untapped potential as he continues to evolve and develop.

Jamaal Waters, Sacred Heart – The former Canterbury and Cheshire Academy product has moved to Sacred Heart for his junior season and instantly becomes one of the more physically imposing big men in the CIAC with his power and athleticism. He’s also expanded his face-up game over the summer and already putting up big numbers.

Matt Becker, Fairfield Warde – When it comes to untapped potential, Becker is one of the first players you think of. He’s a big guard with handle, vision, and playmaking ability but still only just beginning to fill out his frame. Once his body starts to catch up with his game, he’ll go to a new level.

Victor Rosario, Hamden – A senior guard who is now back, after a brief hiatus, from last year’s SCC champions, Rosario is a volume scorer and skilled shot-maker who can put points on the board in bunches. He’ll team with Justin Radford to give Hamden a talented inside-out punch in their senior class.

Nate Tabor, Sacred Heart – The best prospect in the state this year, and very likely already the best player despite being just a junior, Tabor fits the modern game with his ability to play multiple positions and create mismatch problems with his size, creativity with the ball, and passing instinct.

Matt Knowling, East Catholic – Another major weapon for East Catholic, Knowling is a big lefty guard with a wealth of long-term tools. He’s made great strides within the last year but is still only just beginning to scratch the surface of his potential.

Corey McKeithan, Windsor – The only player in the CIAC’s class of 2020 to already commit to a division I school, McKeithan will suit up for Rider in the MAAC two years from now. Often compared to Khalil Dukes, McKeithan is an undersized scoring guard who makes deep jumpers and scores in bunches.

Max Edwards, Bunnell – Edwards has started to make a name for himself in recent months as he’s a powerful and athletic wing who gets downhill in the open floor, finishes explosively above the cup, and still has the feel for the game and passing acumen to create for his teammates.

Connor Tierney, Sacred Heart – Yet another massive weapon for Sacred Heart, this seven-footer is literally head and shoulders above the competition on most nights. He’s more than just a big body though as he has good hands, touch, and footwork inside.

Akim Joseph, Trinity Catholic – This young man is loaded with potential and should be ready to take on a marquee role this season. He’s unselfish and plays the right way but also physically gifted, able to score the ball, and impact the game in a variety of different ways at this level.

Bube Momah, Farmington – A young sophomore who was injured last year as a freshman, Momah is already physically imposing with a powerful frame, able to push the ball himself in the open floor, and get inside in a variety of ways. Long-term, he’s one of the best prospects in the state.