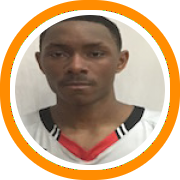 Over the course of the last week we have rolled out our updated 2018 rankings, first in all six states (Connecticut, Massachusetts, Maine, New Hampshire, Rhode Island, Vermont), then in New England as a whole. Finally, we published an entirely different list altogether in Mike Yagmin's latest Yags' Point Forward column.

Ultimately, the purpose of the exercise is twofold. First, right or wrong, the recruiting world loves rankings and so there are two choices - leave the only opinion out there to fake media outlets who are publishing lists for inherently selfish reasons like promoting their own grassroots recruiting efforts OR offer an opinion that admittedly is anything but final but is also educated, informed, and unbiased. To us, that choice always seemed clear, but publishing an alternative point of view illustrates that even among those who fall into the latter category, no person's opinion is fact, it's just that, an opinion.

But second, and perhaps most importantly, for as much as these lists differ they are also incredibly similar, and in there lies a point that we have tried to illustrate for years. For example, take the two top ten lists. On the surface, the two lists only have three players in common - Simisola Shittu at #1, Cole Swider at #2, and Isaiah Mucius at #7. Look more closely though and you'll see the variance doesn't lie in the names themselves but in the order of the names. In fact, both lists include nine of the same players in Shittu, Swider, Mucius, David Duke (3 on NERR, 5 on Yags), A.J. Reeves (4 on NERR, 9 on Yags), Nate Laszewski (3 on Yags, 5 on NERR), Cormac Ryan (6 on NERR, 10 on Yags), Marcus Zegarowski (8 on Yags, 9 on NERR), and Derek Culver (4 on Yags, 10 on NERR). That's a 90% ratio and the two outliers, Miles Norris on NERR and Noah Kirkwood on Yags were rated 14th and 11th respectively by the other source.

What can we conclude by that? That those 11 players are undoubtedly among the elite prospects in New England. The order is widely debatable and ultimately far less important because it will ultimately only be decided at future levels and often by variables that can't yet be determined, not the least of which is opportunity.

Even as we go deeper into the respective lists, that same theme continues. The order of the lists is vastly different but the names are nearly identical. There are 21 players who are consensus top 25 prospects in the region (Chris Doherty, Buddy Boeheim, Dana Tate, Dalano Banton, Anthony Nelson, Chuck Hannah, Malachi de Sousa, Kyle Lofton, D.J. Mitchell, and Luis Rodriguez. NERR is higher on Ethan Wright, Adrien Nunez, Keenan Fitzmorris, and Lukas Kisunas relatively speaking and Yags is higher on Nick Timberlake, Alex Rivera, Jeameril Wilson, and Eze Dike but again the variance is minimal. Timberlake, Rivera, Wilson, and Dike are all ranked within the top 36 prospects on NERR while Wright, Nunez, and Fitzmorris are all ranked within the top 40 on Yags' Big Board.

The common themes are even stronger. De Sousa, Banton, Wright, Rivera, and Wilson are consensus high value recruits for the schools that signed them (Albany, Western Kentucky, Princeton, UMass Lowell, and Lehigh respectively) while Lofton, Rodriguez, and Timberlake offer some of the best available prospects. The numbers next to their names are insignificant next to that much bigger take-away. Similarly, there are other prospects committed to high-major programs who both lists anticipate may struggle, at least initially.

The bottom line is that the value in rankings has never been about a definitive order. We've said from the very beginning that guys like Swider, Laszewski, Duke, Reeves, and Ryan would all have very similar opportunities. The same can be said with other groups of players on similar trajectories at this stage. The end result isn't able to be determined yet, only when we witness what choices they make with the variables they're dealt at the next level. And even then, there may still be a debate. No one argues about Khem Birch and Andre Drummond anymore but bring up Noah Vonleh vs. Wayne Selden and you'll still get two pretty passionate sides. The debate isn't the problem. In fact it's a good thing if it brings deserving attention to all involved, especially when those guys are fighting for scholarship offers and a free education.