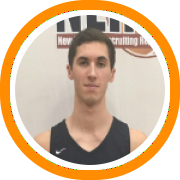 41 years, 1000+ wins, a pair of nominations to the Naismith Memorial Hall of Fame, and an army of loyal former players, Jere Quinn is an icon like few others in prep school basketball, as much for what he’s achieved on the court as how he carries himself off it.

A consummate gentleman, Quinn is to St. Thomas More School what Bobby Hurley Sr. was to St. Anthony in New Jersey. Not just a legendary basketball coach but the face of a school that is fighting to survive in a new era of sports and education.

So while Quinn is as competitive as anyone when it comes to wins and championships, he’s fighting for something much more important than that, the school that he has dedicated his entire adult life to.

With his son and longtime assistant coach, Matt Quinn, now serving as the head of school, St. Thomas More is again growing and headed in the right direction, just as we’ve seen their basketball teams do for the last 40 seasons.

There are two players back from last year, Jared Garcia and Jair Currie, and while they’re both still among the youngest prospects on the roster they should nonetheless be able to rely on their experience to emerge as leaders of this year’s team. Garcia is an undeniable talent who has made consistent strides in his three years here. He’s physically strong, athletic, and skilled. Currie also arrived as a sophomore and is ready to take on a bigger role this year as a junior with his budding offensive versatility on the perimeter.

There are 11 new names on this year’s roster, two of whom are already committed to division I schools in Joel Soriano and Brendan McGuire. Soriano is a New York native who previously starred at Archbishop Stepinac and made a verbal commitment to Fordham last spring. The 6-foot-10 big man has a massive 7-foot-4 wingspan, big body, and soft natural touch. He’s made consistent strides over the years and should only accelerate his development this year. McGuire is another New York native who was a virtual unknown until he had a breakout July with Crown Athletics this summer. He made a verbal commitment to Quinnipiac this past weekend and will provide the Bobcats with a very unique prospect given his size at 6-foot-7 and ability to handle and pass the basketball.

Eddie Turner III is perhaps the most widely recruited of the still available 2019 prospects. A native of Seattle, Turner had a big summer with Washington Supreme in the Under Armour Association and found himself with late high-major recruitment as a result. He nonetheless opted for a post-grad year and will now run the show for the Chancellors.

The backcourt also features local product Ghared Boyce, who scored over 2,000 points during his career at Everett High School, and has already pushed his recruitment to an unprecedented level with a fall offer from Central Connecticut State University. Florida native Michael Lynott is a powerful guard who could be this year’s version of Sean Hoehn, a scrappy, hard-working guard who ends up making himself invaluable to the team and pushes his recruitment to a higher level in the process.

Jerry Tang will add another guard to the rotation while the line-up will also benefit from an international infusion of talent, specifically from the far east. Ryo Kobayashi, a highly skilled guard, and Alex Hall both arrive from Japan while Thomas Whyte is a high academic prospect from New Zealand who already has division II offers on the board.

Also on the wing, 6-foot-6 Wayne Bristol Jr. is an intriguing long-term prospect with good size and emerging shot-making ability. He’s a graduate of Riverdale Baptist in Maryland and the son of Terrapins alum Wayne Bristol Sr. Nick MacDonald is a coach’s son from upstate New York and the younger brother of former STM product Matt MacDonald. Nick may be the best shooter in the family and will give the Chancellors a proven shot-maker from behind the arc.

They’re not the most naturally talented team in New England, but they’ve got the pieces to compete on any given night and anyone following prep school basketball over the years knows that St. Thomas More is bound to become more than the sum of their individual parts and improve with each passing week of the season.

Soriano gives them the type of interior presence they haven’t had every year while Garcia and McGuire give them two versatile forwards with complimenting skill sets. There’s shot-making with Boyce, MacDonald, Bristol, and Kobayashi, a budding scorer in Currie, and a point guard to run the show on both ends of the floor in Turner.

While this program, and specifically their coach, will continue to be the face of an entire school, for the 13 players on this roster, it is all about the here and now of the next five months. Collectively they’re a group with balance, versatility, and all the pieces necessary to re-assert themselves both locally and nationally. They’ll be a factor on a nightly basis and work towards peaking in early March, just as we h