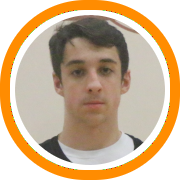 The Zero Gravity Prep Classic tips Friday at St. Andrew’s School (full preview here) and as usual features many of the best programs New England has to offer along with numerous counterparts from throughout the United States and Canada.

It also marks the first full weekend of the prep school season. We’ve already previewed nine of the top programs in Class AA of the NEPSAC, and the fact that only eight qualify for the post-season is proof positive of just how deep and competitive the league is this season. That’s also just the tip of the iceberg as there are numerous others fit to play the role of spoiler and emerge into potential contenders before it’s all said and done.

MacDuffie School – Jacque Rivera has the most talented roster in the league at his disposal with a dynamic one-two punch at the very top in UConn pledge James Bouknight and Wake Forest bound wing Ismael Massoud. There’s also a third potential star waiting in the wings in Richard Springs, who is just the tip of a deep junior class including Chad Venning, Jalen Gorham, Tyrae Washington, and Jadon Archer. The key could be consistency at the point guard position where senior Tanahj Pettway will be relied upon to be the primary decision-maker. Fellow senior Matt Niemczura adds more depth to the wing while Tuscan Onuoba and Chandler Wilson are two long-term prospects to keep an eye on.

Tilton School – When you’re the defending champions and open the season with the type of win Tilton had against a loaded Blair squad, despite being without three starters for the better part of the game, you’re going to be among the favorites until proven otherwise. Vermont signee Eric Becket is out with an ankle injury to start but should be one of the more productive two-way players in the league. Delaware bound Johnny McCoy and unsigned 2019 prospects Sam Okauru and Anthony Selden provide them with a deep collection of talented wings while junior guard Jalen Leach looks bound for a breakout year and fellow 2020’s Kyle Layman and Cem Kirciman will also be relied upon heavily.

Worcester Academy – This is the beginning of a two-year window that the program has been building towards for the last couple of seasons and it got off to a terrific start with a win over Link Year Prep at the National Prep Showcase. A deep and experienced senior class includes Jordan McAllister, Matthew Corey, Dylan Lien, Manav Randhawa, and maybe the smartest big man in New England in Mitch Doherty. The junior class has similar depth and experience with potentially even more sheer talent thanks to Quest Harris, Josh Ogundele, Michael Rabinovich, and Quest Harris. Sophomore Jhamyl Fricas is a quality long-term piece while freshman point guard Dasonte Bowen has a very bright future as well.

St. Andrew’s School – Much like Tilton, history has taught us to always count St. Andrew’s among the contenders, especially when they have a dynamic talent to build their roster around. This year that player is Syracuse bound Brycen Goodine, a big guard with athleticism and a rapidly improving skill set alike. Manhattan bound sniper Benson Lin gives him a quality running mate in the backcourt to join with returning point guards Robert Baum and Cameron Wilkins. The key for the Saints will be along the frontline where local product Keegan Records will be relied upon to hold things down and incoming junior Myles Wilmoth will have every opportunity to emerge. The underclassmen are important to this squad too with Matt Constant, Dylan Ahearn, and Jack Vaske all in the class of 2021.

Vermont Academy – They’re younger than they’ve been in recent years and without a five-star talent like Bruce Brown or Simi Shittu to build around and so they don’t come into the season as the overwhelming favorite like they have in the past. They’re nonetheless still definite contenders. They’ll rely on a deep junior class led by one of the region’s best in Symir Torrence, along with newcomers Jake Cook, Bijoin Sidhu, and Josh Hall. Post-graduates Tommy ONeil and Travis Evee will boost a returning senior class that features Seth Buchanan, Deng Adiang, and Jack Scotnicki. Sophomore point guard Josh Bascoe will also play a big role right away.

Gould Academy – They won’t be able to match the sheer depth of the other contenders, but they have the best inside-out tandem in the class with South Carolina bound big man Wildens Leveque and Northwestern bound scoring guard Boo Buie. If those two can live up to the task of leading the team on a nightly basis and the supporting cast of Robert Banks Jr, Andrew Geschikter, Jaxon Wroe, and Jarron Flynn can thrive in their roles, then this is a team that could definitely be a factor come late February and early March.

Cushing Academy – Lots of teams talk about being young, but Cushing really is. Bensley Joseph and Alexis Reyes give them as good of a sophomore tandem as there is in New England while incoming juniors Malachi Ndur and Dan Braster will play very important roles as well. The experience comes from the return of Kyle Murphy and Daman Tate as well as the addition of Ethan Menzies and Sean Conway. That’s a lot of mouths to feed but if they buy into to playing together, as they did in a season opening win over Spire, it should be another good year in Ashburnham.

Wilbraham & Monson Academy – They’re the team no one is talking about but one that could definitely make some noise this year. They’re as experienced as any team in the league, balanced with a mix of size up front and skill on the perimeter, and filled with continuity and chemistry. Idan Tretout will play a leading role, supported by Dan Klosk, John Packard, and newcomer Saxon Thompson on the perimeter. Junior forward John Adams leads the frontcourt while Pierry Josephy provides an active big man with an intimidating physical profile and Liam Murphy should be ready to make increased contributions in his second year with the program.

South Kent School – They’re not flush with big names or division I offers, but they have a gritty team full of guys with something to prove and a roster that features more scholarship level prospects than not. Nigel Haughton, Sean Bresnan, Doug Alves, and Mannasseh Small have led the post-graduates so far but Jack Henderson, Austin James, and Arion Lewis have scholarship interest of their own. Hamden transfer Josh Reaves gives them a powerful junior forward who should make an immediate impact while junior wing Mekhi Gray is their most naturally talented guy. In short, they can beat you in a variety of ways and with a combination of different guys on any given night.

Master’s School – They face an uphill climb every year attempting to compete in AA without the benefit of on-campus housing. This year that challenge is even steeper as they’ll take on a daunting schedule. They return a significant portion of last year’s rotation beginning with seniors Ben Eke, Rakesh Tibby, and Harry Warnock who provide not just experience but also an athletic guard, shot-making forward, and versatile big man. Cairo McCrory is a hype athlete in the junior class with steady division I recruitment while point guard Jaylin Ricks transfers in from Hamden. Quron Zene leads a solid sophomore class that also includes Andre Johnson Jr. and Matt Houde.

Bradford Christian Academy – Miguel Gonzalaz takes over the top team this year after leading the varsity 2 team last year. He’ll have a dynamic talent to build around as Gob Gabriel returns for his senior season having continued to grow his game. Junior Joey Merrill and Jordan Santos provide a pair of skill guards in the junior class while Drew Brown and Ethan Sesar are developing sophomores.

Brimmer & May School – They’re the youngest team in the league and so the emphasis will be on development more than the win-loss record. Jordan Minor, an active and rugged senior forward, will provide leadership but the future begins now for sophomores Gianni Thompson and Kyrell Luc along with repeat freshman Jarrell Okorougo.

Cheshire Academy – Longtime college coach Jim McCarthy (Yale, Northeastern, Towson, New Haven) takes over a program that returns Justin Allen and Eamon Fitzpatrick in their senior class and has some nice young pieces to develop in junior guard Asa Beyah and sophomore Ethan Okwuosa. Marco Barosi, Jon Parenteau, Anuar Alpamya, and Todd Fournier are also expected to be contributors in the class of 2019.

Kimball Union Academy – They don’t have the same depth of weapons they’ve had in some past seasons but they’re still dangerous. Enoch Cheeks, a strong athlete and natural competitor, will have an opportunity to play a leading role while Will Engelhardt will be another valuable weapon as a floor spacing forward. The arrival of two post-graduates, Jammy Pierre-Louis and Jay Elmore, will go a long way towards determining how competitive they’ll be while Marc Dolgin and Trey Parker are experienced contributors who should take on bigger roles.

Lawrence Academy – A program with a proud basketball tradition enters this season with plenty of uncertainty. Brandon Wiercinski may be just an underclassmen but he should be ready to step into an increased role this season. Beyond that roles seem up for grabs but this is always a tough and competitive group.

Proctor Academy – They’re dangerous because Bol Akot is a near wizard with the ball and he’s surrounded by plenty of shot-makers in Mykel Derring and Max Kiehm while post-graduate guards Terrell Brown (a former Brooks product) and Miles Davis will also be important. Nosakhare Bright Oghemudia is a 6-foot-9 prospect to keep an eye on in the class of 2021 while the recent arrival of Sheer Akot gives them a potential star in that sophomore class as well.