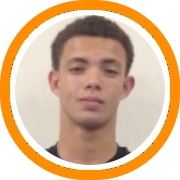 For the first time in five years, Cole Swider isn’t walking through that door.

The Villanova freshman had been one of New England’s best in recent years and helped the Saints to the finals of the NEPSAC AA tournament last year.

This year, head coach Mike Hart has a team that may be younger and not quite as deep, especially up front, as some of its predecessors, but they’re still contenders with one of the best players in New England and a second division I pledge alongside him in the backcourt.

It all begins with Brycen Goodine.

The Syracuse signee is a big, smooth guard who put up big numbers in the recent EYBL season and is only just beginning to scratch the surface of his potential, and yet he’s still often under-rated, both locally and nationally. That would all change if he proves he can carry the Saints back to a NEPSAC championship after falling just short a year ago.

Also back in the backcourt is starting point guard Robert Baum, a pesky defender and reliable decision-maker who made great strides with his game as a junior. Back-up point guard Cameron Wilkins, a lock-up defender in his own right, is also back and ready for an increased role.

Up front the lone returner is Nathan Holt, a 6-foot-8 big man who can provide size and physicality inside the paint.

Benson Lin, who committed to Manhattan yesterday, is the most notable addition on the perimeter with his size, floor vision, and three-point shooting prowess. He’s joined on the perimeter by St. John’s Prep graduate Matt Relihan, who should add another threat to the Saints’ always potent three-point attack.

The most important additions though lie in the frontcourt where the Saints needs to replace not just Swider but also Nevin Zink, Jack Quinlevan, and Dillon Grant among others. Post-graduate big man Keegan Records, who comes from nearby South Kingstown, provides the team with a true big man with great size and a strong body. Repeat junior Myles Wilmoth gives them a nice compliment with a fluid and mobile 6-foot-9 forward who has a wealth of still untapped potential.

There’s a trio of prospects in the class of 2021 who will all be relied upon to contribute this season. Matt Constant and Dylan Ahearn are both back this year after strong freshmen campaigns. Constant has totally changed his physique with notable muscle mass to compliment what was already one of the toughest young players and hardest workers around. Ahearn is a proven shot-maker with a basketball I.Q. and understanding of the game beyond his years.

Jack Vaske is a newcomer who is in his third year of high school but planning on spending the next three years here and leaving as a post-graduate. Vaske will add to the frontcourt depth with a floor-spacing big man who has good touch and shooting potential.

With a variety of new parts and a trio of underclassmen who will all need to contribute, they’re unproven and young, so they’ll need time to gel and come together. While patience may be the first requisite for this team, there are plenty of reasons to be optimistic. They have a proven star at this level, an experienced backcourt, ample shot-making, good positional balance, and clear roles within their rotation.

Anyone who has followed the Saints in recent years knows they are all but certain to make the post-season and once it comes down to winning three games in five days, the fact that they have a coach who has seven NEPSAC titles to his credit and one of the most talented players in all of New England makes them a threat.