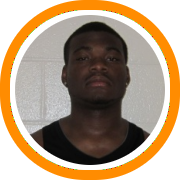 The emergence of Vermont Academy as the state’s newfound, and only, prep powerhouse program has left them to dominate the player rankings, especially in the class of 2013 where they are incredibly strong.

Center Dominic Woodson sits atop the class followed by forward Jamel Artis and guard Daquein McNeil, all of whom are generating varying levels of high-major interest and recruitment.  Donnele Munda has turned the big three into the big four this year and is ranked accordingly.

Following Vermont Academy’s foursome the attention shifts to the public school ranks where the emergence of Mount St. Joseph Academy guard John Dewey has him ranked fifth overall and tops among local products.

Missisquoi guard Matt St. Amour continues to be at the forefront of the state’s best local talent and sits next in line at the sixth spot while the Rice Memorial tandem of Casey Tipson and Marcus Willingham check in at seven and eight respectively.

Rounding out the top ten are a pair of point guards.  First Rutland’s Tre Pratt-Hysell and then Hartford’s Josh Claflin who sit at nine and ten respectively.