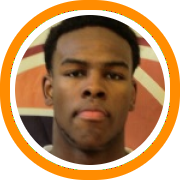 Before we begin dissecting the best individual prospects in 2012, let’s first take a minute to look at the class as a whole.  One word comes to mind….LOADED.

What was once thought of as a weak class is now shaping up to be one of the best classes New England has ever produced…and that is without the influx of prep school talent that is sure to come over the next three years (Khem Birch being first on that list).

There could be as many as ten guys in 2012, nine of which are true New Englanders, that could potentially end up playing high major college basketball if they satisfy their potential.  To put that in perspective, the class of 2009, which was heralded as one of the region’s best in years, produced six true New Englanders that went on high-major conferences.  There were only two such players in the class of 2008 and three in 2007.

#1 Andre Drummond is the top ranked player in the country according to ESPN.

#2 Alex Murphy already has a scholarship offer from Kansas.

#3 Nerlens Noel has North Carolina, UCLA, Florida, UConn, and others.

#4 Ricardo Ledo is the 13th best player in the country according to ESPN.

#5 Egi Gjikondi was one of the stars of the u16 Super Showcase this summer.

#6 Domonique Bull would be a top 3 player in New England any other year.

#7 Kaleb Tarczewski already has an offer from Providence and hasn’t even scratched the surface yet.

#8 Timajh Parker-Rivera has drawn early interest from the likes of Kentucky and Indiana.

#9 Kamali Bey is just shy of a top 100 player ranking from ESPN.

Once you get past the top ten and take an even broader look at the class, you realize that there is just as much depth as there is star power in 2012.

In fact, maybe the two biggest challenges in ranking this class were cutting off the New England list at 20 or the Massachusetts list at 10.  Never before can we remember having to leave off so many players who we projected to be future scholarship players.

Whenever there is this much talent in one class, rankings can be even more debatable than normal.  However, what is certain is that there is an overwhelming amount of talent in the class of 2012 and the next three years are going to be a very special time in New England.