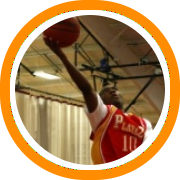 There is a distinct guard feel to New England’s class of 2011 as six of the top seven ranked players come from the backcourt.

Picking the top player in the class was a difficult task.  Reigning #1 Naadir Tharpe missed a lot of time this summer and when he was in action he was playing on one ankle.  So outside of a couple of masterful performances in Vegas, he never really got a chance to show his full stuff.

Meanwhile Shabazz Napier (check out new video highlight posted on the home page) showed the rest of the country what New Englanders already knew about at AAU nationals.  Truth be told, it’s been a very successful six months for Napier as he’s been on quite a roll.  He’s just a special talent who can do absolutely anything he wants with the ball in his hands.

So who is the best?

To quote Miami Heat head coach Stan Van Gundy when asked who was better between Lebron James and Kobe Bryant, “You pick first and I’ll be thrilled to have the next guy.”

That’s essentially where it’s at between Tharpe and Napier at the moment.  We’d give Tharpe the nod as the creator and distributor, but if we need a bucket we’re giving it to Napier.

Coming in at number three is Derrick Wilson and he’s probably got as legitimate a case for #1 as anyone.  What sets Wilson apart is that he’s physically ready for the college game.  Tharpe and Napier both need to hit the weight room before being able to sustain the rigors of a full season of high major basketball.  Wilson on the other hand looks like he sleeps in the weight room.  He’s also worked himself into a super skilled player who drains threes, breaks down defenders, and creates space in the mid-range area.

Tyler Olander is the top frontcourt player in the class of 2011 and he checks in at number four.  Power forwards are becoming more and more rare in college basketball with the emergence of the face-up four-man, and Olander is the prototype with his 6’9” frame and great perimeter skill set.  The fact that he’s left handed only helps things even more.

We’re back to the guards with the fifth spot as Mike Carter-Williams cracks the first five after a terrific summer.  His recruitment really went to new levels in July and he’ll return to St. Andrew’s for his junior year with a handful of offers and several other high majors set to follow his progress.  He’s a big guard with as smooth of a skill set as you’ll find and if he proves he’s a pure point and can put on some muscle his stock will rise even more.

Spots six, seven, and eight on the list are filled by more July stock risers as Jordan Laguerre continued to show well against some of the nation’s best, Freddie Wilson helped himself more than anyone, and Imoh Silas is suddenly a name on the lips of tons of college coaches.

James Kennedy is the epitome of solid, doing just about everything well from inside of 15 feet, and he’s in at #9 while Lee Academy’s seven-foot-two version of the Great Wall, Steve Sun rounds out the top ten.

Taking a broader look at New England as a whole, the state of Massachusetts has by far the best depth in 2011 while Maine and Vermont have their best depth in quite some time as well.