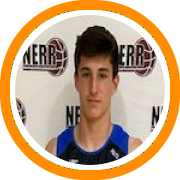 The third leg of Zero Gravity’s Path to the Belt took place this weekend and offered a variety of previously under-the-radar prospects the chance to make a name for themselves.

Several different players took advantage of that opportunity and proved their worth while NERR was on-hand and keeping up with the action from start to finish.

Here’s a look at some of the stock-risers:

Dante Law, SEMA Rivals – The athletic guard took his stock to new levels over the course of the spring, attracting scholarship level attention in the process. He continued to look the part of that level this weekend as he played with a high-motor, was as crafty as he was athletic around the basket, and showed improving guard skills to match.

Ben Rice, Cobras – In the midst of a breakout fall, Rice picked up right where he left off last weekend. He’s every bit of 6-foot-6 and very skilled for his size. He’s almost automatic when he gets it going from behind the three-point line but also versatile with a high basketball I.Q. He’s unselfish, a very good passer, and just generally knows how to play the right way.

Obinna Ugwuakazi, Bobcats Nick – Another player who has already distinguished himself this fall, Ugwuakazi again showed off his super powerful, college ready, body. He owns the athleticism to match his physical strength, and utilizes it on both ends of the floor. He uses his body well, can score at will, but is also an imposing defender.

Daniel Miranda, Rhode Island Elite – Last weekend was a huge one for RI Elite, but this weekend brought more good news as Miranda stood out at the u16 level. The undersized lead guard plays with an outward confidence and swagger. He’s a knockdown shooter who stepped up to make big shots throughout the course of the weekend.

Matt Fernandez, Middlesex Magic Lambros – Another player who distinguished himself with his jumper this weekend, Fernandez had the gym buzzing on Sunday as he caught fire from behind the three-point line. Known as a gym rat with a top-notch work-ethic, he’s a prospect to watch moving forward.

Jake Gomez, ASA Rudy – He offered a blend of immediate productivity along with untapped physical potential. Gomez is still just growing into his body, and may have a couple inches left in his frame. Nevertheless, he’s already a big wing who moves well, has inside-out skills and a high I.Q. as a passer.

Trevor Mullens, Bay State Jags – An undersized lead guard who had a big impact for his team throughout the weekend, Mullens did a bit of everything. He shot the ball very well, was very smart on the defensive end, providing verbal leadership, and generally heady about being in the right place at the right time.

Cam Hughes, RI Elite – This inside-out big man was another bright-spot for a young RI Elite squad. He has the broad build and big body to create space inside the paint but is versatile enough to step out to the perimeter and stretch the floor with his skill level. He plays a smart floor game and also showed a consistent motor.

Jacob Gibbons, Middlesex Magic Lambros – A late-bloomer who has reportedly grown 4+ inches in the last year, Gibbons is long and wiry and only just beginning to tap into his physical potential. A drive-first player on the offensive end, he was able to get to the rim and pass off the dribble while simultaneously being solid on the defensive end.

Leon Williams, ASA Rudy – Another player who stood out on both ends of the floor, Williams is a big and athletic combo-guard with a strong frame and physical approach. He used his body to get to his spots, absorbed contact, and was very sturdy defensively. Overall, he was engaged and active from baseline to baseline.

Darien Gibson, SEMA Rivals – An undersized guard who owns the speed and quickness to compensate for his lack of size, Gibson created pace and pushed the tempo but owns the skill-set and shot-making ability to impact the game even when the tempo slowed down.