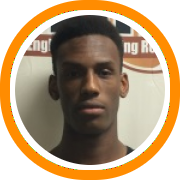 The 2013-2014 high school basketball season in the state of Vermont came to a close this weekend with the crowning of four different state champions.

Rice Memorial took the state’s highest honor, winning their second straight division I championship by knocking off Mount Mansfield 66-35 in front of a sold-out Patrick Gymnasium on the University of Vermont campus.

The lopsided victory was unexpected to say the least after the two finalists split a pair of one-point decisions during the regular season, the most recent of which went MMU’s way in the last week of the regular season.

Sophomore sensation Kendrick Gray started the game off with a bang, rising up for an alley-oop dunk to open the scoring just 16 seconds in.  He went on to finish with 13 points while the man who threw the pass, senior point guard Tom Fitzgerald matched his 13 points while adding 4 assists.

The player of the game was likely another sophomore, Ben Shungu, who finished with 18 points and 10 rebounds.  He and Gray led the team in scoring this season at 14 points per game each, while junior forward James Wells averaged nearly a double-double up front.

Mount Mansfield was led throughout the season by a pair of juniors, Kyle Adams and Tinga Adiang.  Adams came into the finals averaging a team high 13 points per game but it was Adiang who led the way on Saturday with 14 points and 5 rebounds.

Both teams were well tested coming into the final.  3rd seeded Rice knocked off 2nd seeded Burlington 44-35 in the semifinals while MMU scored a narrow road win over the defending champions, St. Johnsbury, in the quarterfinals before unseating top seeded Burr and Burton by a 60-56 margin in the other semifinal behind 20 points and six three-pointers from Sean Springer.

Rice, Burlington, St. Johnsbury, Mount Mansfield, and Burr & Burton came into the state tournament ranked as the top five programs in the state according to the Burlington Free Press Power Rankings, making the division I title far and away the top prize in Vermont.

The division II final, played at Barre Auditorium, followed a similar script in that it was an unexpectedly lopsided game between two teams that split regular season match-ups.  Ultimately, Lyndon Institute ran away with this one, knocking off U-32 by a 55-35 margin for the state championship.

Mason Lantz scored a game high 19 points for the victory while Jay Cobb added 10.  More importantly is what Lydon was able to do defensively, especially in the second half when they held U-32 to just 13 points, including only 4 in the third quarter.

They did an especially good job on U-32’s typically dynamic one-two punch of Ryan Booth and Chris Collins who finished with 7 and 10 points respectively.

The division III final finished the same way it has for the last couple of years as Williamstown won their third straight state title and 50th straight overall game by defeating Randolph 88-69.

Williamstown finished the season at 23-0 while Randolph fell to 21-3 with two of those losses coming against the champions, including a hard fought two point decision earlier in the year.

Jason Manwaring capped a huge senior season with 21 points in the championship game, while Devin Duff was able to match that total while pacing Williamstown from the three-point line.  Hunter McLaughlin added 16.

Randolph big man Ross Caswell scored 17 first half points, but was held to just five in the second for a game high 22 while Brandon Keyes (15) and Dylan Jacobs (10) also finished in double figures.

The division IV final was definitely the most dramatic.  Top seeded Twin Valley held a double figure lead early in the fourth quarter until Danville finished the game on a 17-0 run to score the 50-43 victory.

Patrick White and Kyle Johnson each scored 20 points for Danville while Dal Nesbitt and Colin Lozito led Twin Valley with 13 and 12 points respectively.

Post-season awards, including all-state teams and the prestigious “Mr. Basketball” title, are set to come down in the next few weeks with a lot of familiar names from the state finals expected to be in consideration.  Other players expected to be in the mix include the St. Johnsbury tandem of Vlad Cobzaru and Brendan OShea along with Rochester’s Pavin Parrish.