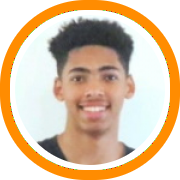 Wilbraham and Monson and NE6 guard Deven Austin announced a commitment to Princeton on Monday.

Austin is a Connecticut native who spent all four years of his high school career at the Massachusetts prep school, making tremendous strides during that time. He had an advanced skill-set at a young age, but has seen his size and athleticism catch-up since.

"Dev is a four-year player with us and I've been fortunate to watch him grow from a skinny 5-foot-8 kid to a 6-foot-5 high-level athlete," WMA head coach Mike Mannix told NERR. "His IQ makes him special and he's a team-first player. He's worked hard in the classroom and I'm confident he'll be a great fit for Princeton."

Austin helped the Titans win a NEPSAC championship as a sophomore before the junior season was cancelled because of Covid-19.

This year, he is both a tri-captain and expected to be a major piece of a team that should be among the top contenders in Class AA again this season.