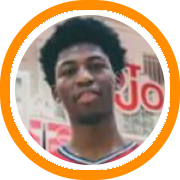 Winchendon big man Mohamed Keita made a commitment to St. John's on Sunday.

The 7-footer arrived at Winchendon in September after previously attended the NBA Academy. While he had his ups and downs during his only season in the NEPSAC, and finished the year without any D1 offers, college coaches began taking note when he played well in the NBA's Basketball Africa League in March.

He returned to the states after a solid showing and joined the New York Jayhawks for the second weekend of the April live period, traveling to South Carolina to compete in the Adidas 3SSB circuit. He again played well in that setting, showing his potential as a rim protector, with St. John's an others looking on.

Two weeks later he was on their campus for his visit and committed before it was over.

"Mo is a long and athletic big who came to us with a huge upside but had a lot of work to do," said Winchendon head coach Kevin Kehoe. "To his credit, he built up his body and improved his skill level to catch the eyes of Power 5 coaches. Though not a finished product, Mo is the perfect fit for St. John's and his best days are clearly ahead of him."

St. John’s pledge Mohamed Keita, had zero D1 offers after the prep season, but landed his first offer from ETSU after a strong showing at the NBA’s Basketball Africa League.

St. John’s got involved after he impressed in the second session of Adidas 3SSB with @NYJayhawks. pic.twitter.com/VhHWgrByJX