Williams Heading North of the Border 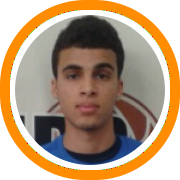 Brewster Academy post-graduate guard Devon Williams made a verbal commitment to the University of Toronto on Thursday.

Williams, who graduated from Worcester Academy last year, chose to head north of the border despite having division II offers on the table from Northeast 10 schools.

The six-foot-one combo-guard has improved by leaps and bounds over the course of the last two years, establishing himself as one of the region’s best three-point shooters in the process.

He was one of the primary offensive weapons that led Worcester to a birth in the NEPSAC AA play-offs a year ago and was also an important piece in the backcourt this summer for the New England Playaz.

This season, he has become a big threat off the Brewster bench with his ability to drop threes and bust zones. The Bobcats are currently 22-1 with a 7-1 mark in NEPSAC AAA.

Toronto is a top academic school that competes in the Ontario University Athletic Association.