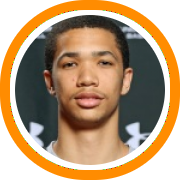 Max Hoeztel is only in his second month at Wilbraham and Monson Academy after having transferred from Calabasas High School in California.

Hoeztel initially enrolled at Wilbraham as a true senior, but recently opted to reclassify back to the class of 2015.

The move paid quick dividends for Hoeztel, who picked up his first high-major scholarship offer shortly afterwards from St. John’s while attracting recent attention from several other high-major programs as well.

The six-foot-seven shooter previously held scholarship offers from Boise State, Davidson, Loyola Marymount, Pacific, and San Diego as a member of the 2014 class according to ESPN.com.

His move back to 2015 not only gives his recruitment a boost of momentum but also solidifies Wilbraham & Monson’s core for the next two years as he joins Curtis Cobb, Marcel Pettway, and Joe Schneider in a highly talented junior class at WMA, while Mustapha Heron is still only a sophomore.