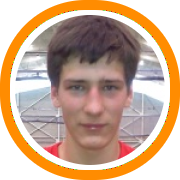 It happens each and every year.

A new group of talented prospects leave New England’s borders, go out into the world of college basketball and ultimately surprise us.

Surprises come in different forms and while nobody wants to talk about the disappointments there are always plenty of those as well…players who never live up to their potential, often times for reasons that we saw coming during their high school days.

The best example is the 2013 class is perhaps Rice center Sean Obi, a product of Greens Farms Academy and the Connecticut Basketball Club, who is putting up 11.2 points and 9.2 rebounds in 24.2 minutes per game (which equates to staggering numbers on a per 40 minute basis) as a starting center in Conference USA.

There are plenty of other examples from years past including the likes of Loyola Marymount’s Anthony Ireland, Quinnipiac’s Ousmane Drame, Sacred Heart’s Phil Gaetano, St. Bonaventure’s Youssou Ndoye, Dartmouth’s Gabas Maldunas, and of course Louisville’s Russ Smith, all of which have turned in extremely successful and impactful careers at their respective levels.

So with that in mind, we took a look at our current senior class of 2014 and asked which already committed players have a chance to provide more immediate value than most people might expect.  Here are a few candidates:

Samuel Dingba, Salisbury School, Signed with Quinnipiac
The first ingredient of any successful freshman season is opportunity and Dingba will have that at Quinnipiac as the Bobcats will be looking to replace nearly 34 minutes per game at the power forward position along with over 16 points, 11 rebounds, and a block per game from graduating senior Ike Azotam.  Dingba, who is currently missing his post-graduate season in order to tend to a pair of injuries to ensure he’ll be ready for his freshman season, is just the man for the job.  He’s as good of a defender and rebounder as there is anywhere in New England and will have no problem getting acclimated with former teammates like Zaid Hearst and Alain Chigha already on board.

Makai Mason, Hotchkiss School, Committed to Yale
Because he hasn’t played on the AAU scene in recent years, Mason remains a relatively unknown to most New England fans.  Plenty of college coaches are likely similarly unaware but that won’t last for too much longer as Mason has the tools and talent to make an immediate splash in Yale’s backcourt.  While the Bulldogs will return starting point guard Javier Duren for his senior season, they’ve been without a true back-up all season long which means Mason will likely get one year of on-the-job training before the reins of the team are handed to him as a sophomore.

Eric Paschall, St. Thomas More School, Signed with Fordham
Make no bones about it, this guy is a high-major caliber talent and there aren’t many people familiar with his game that don’t know it.  He’s versatile, explosive, and powerful with developing skill, and if that weren’t enough he’s still young for his grade.  In other words, you have to give Fordham head coach Tom Pecora a ton of credit for scooping up the local talent and keeping him close to home for the next four years, where he’s poised to team with current Ram’s freshman Jon Severe to form one of the best up-and-coming tandems in all of the A-10.

Wilfredo Rodriguez, Cheshire Academy, Committed to Binghamton
The six-foot-six swingman has been taking New England by storm for the better part of the last two months and throughout that run there’s one question that keeps getting asked…”that kid is going to Binghamton?”  The answer is a resounding yes as the Florida native is just the type of high level talent that second year head coach Tommy Dempsey was looking for to build his class around.  There’s no doubt he could have opted to go to a higher conference, but ultimately he valued his relationship with the staff and the opportunity to make an immediate impact…which is exactly what he’s likely to do.

Idris Taqqee, Cushing Academy, Signed with St. Bonaventure
The Bonnies have a history of evaluating at a high level, especially as it pertains to New England, and this could be the latest example.  While Taqqee may never be a leading scorer in the A-10, he's become a far better offensive player than most realize by virtue of his consistent work ethic.  Combine that with his elite level abilities on the defensive end of the floor, a willingness to play a role, and an understanding of how to find scoring opportunities without being the focal point and you have a recipe for someone about to surprise some people.