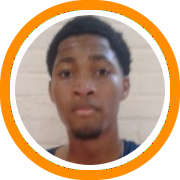 Wilbraham and Monson post-graduate forward Ben Vezele committed to the University of New Haven on Sunday night, according to the team's twitter account.

New Haven is getting a big time athlete with a great motor. Ben is a great teammate and a hard worker on and off the court.

Prior to arriving at Wilbraham and Monson last fall, Vezele previously starred at, and graduated from, Hope High School in Rhode Island where he earned all-state recognition after averaging 19 points, 13 rebounds, 3 assists and 2.5 blocks per game.

Vezele, who ran with the New England Playaz on last summer's AAU circuit, is very talented with extremely long arms, good athleticism and a soft shooting touch that extends all the way out to the three-point line. He's made notable strides over the course of the last year but very clearly still has his best basketball still in front of him and so it would be no surprise to see him develop into an impact player in the Northeast 10 Conference.