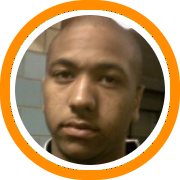 Orion Outerbridge’s high school career has definitely been a case of the road less traveled.  After starring for Beaver Country Day in Massachusetts for his freshman and sophomore seasons he transferred to a public school in California along with two other players from the greater Boston area in Troy Gillenwater and Leroyal Hairston.  A year later when the trio was ruled ineligible for living outside the district, they all went their separate ways.  For Outerbridge that was an opportunity for him to enroll at the New Hampton School where he repeated his junior year and is currently a senior on pace to graduate in June.

Now Outerbridge says he couldn’t be happier at New Hampton and despite a journey that literally took him across the country and back again, it was all worth it to play his college basketball at the University of Rhode Island.

“Everything happens for a reason,” Outerbridge told the New England Recruiting Report.  “This [committing to URI] probably wouldn’t have been possible without going out to California, because if I didn’t go there I may never have made it to New Hampton where I have had the opportunity to play in front of so many college coaches.”

While Outerbridge is certainly excited to be joining the Rams, we can only assume that the feeling is more than mutual.  In addition to beating out a handful of other Atlantic 10 programs, URI was also able to land the big man even after he recently took an official visit to the ACC’s University of Virginia.

“Between the location, style of play, and coaching staff, URI was just the best fit for me,” said Outerbridge.

While clearly the opportunity to stay close to home was appealing to Mattapan, Massachusetts native, ultimately it was the work of URI Head Coach Jim Baron and Assistant Coach Pat Skerry that pushed him over the edge.

“He’s a pass first point guard and he gets the job done.  I’m looking forward to playing with him,” Outerbridge said of his future teammate.

With an inside-out duo of Mejia and Outerbridge headlining this year’s recruiting class, URI fans have a lot to look forward to as well.