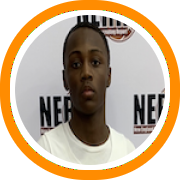 The Be Seen Tour traveled to Hyde Park, Massachusetts on Tuesday for Unseen Gems, a free invite-only event for the top 20 players in the city of Boston’s public school system hosted by Ballas TV and former N.C. State guard Farnold Degand.

Here’s a rundown of the players that caught our eye.

First up is Romario Lauriston, a player who will have to go the junior college route but has clear potential on the hardwood. He’s older and was as physically dominant as you’d expect but this is a long-armed six-foot-four wing with high-level athleticism who attacked the rim to thrill the crowd but also made touch passes to show more subtle ways in which he could impact the game.

Juan Salas, New Mission – He showed new aspects of his game here after first catching our eye with the Boston Warriors last month. We knew he could make shots but there were additional aspects of his game that were on display as he did more off the bounce, zipped in some heady passes, used his body effectively to make plays, and showed a solid feel for the game.

Jake Harrison, BLS – Probably the most established prospect in attendance, Harrison has been the focal point of ASA’s attack all summer. The big and cerebral wing again showed the quick instincts and overall basketball IQ that is becoming his calling card here while reminding everyone he’s athletic enough to hold his own in any game.

Josh Roseboro, Burke – A playmaking guard who had some game off the dribble, Roseboro needs to learn to pick his spots but he’s shifty, able to create, has good use of both hands, a lay-up making package, and naturally soft touch to keep developing as a shooter. He’s clearly a college basketball player and a prospect that D2 coaches should be aware of.

Sammuel Prosper, Roxbury Prep – While he’s entering his senior year, he appears to be still early in his basketball progression, and would be an ideal prep candidate. He has a good basketball frame with some burst in his legs. His jumper was flat, but he still made his fair share, and if he could keep filling out his frame and get more air under his shot, he’d take his game to new levels.

Lansana Kaba, Snowden – A new name to emerge, and someone we’ll be paying attention to this year, Kaba has a long and solid body type that allows him to physically impact the game on both ends of the floor, and especially in transition. As his skill-set continues to catch-up, he should keep emerging.

Jalen Bing Wallace, South Boston/Excel – A long lefty forward with a wealth of untapped potential, Wallace is another prospect who may be entering his final year of high school but hasn’t even really begun to tap into his raw tools as he has both a body type and soft touch to develop.

Christopher McKenzie, EMK – He looked like “a gamer” who didn’t necessarily stand-out in drill work but made his presence felt as soon as the five-on-five began. He showed some playmaking ability in the open floor and a long frame that should keep developing in the coming years.

Jamel Shaheed, Brighton – Conversely, Shaheed was a player that caught our eye early on as his shooting stroke differentiated him right away and continued to be a factor as the competition started to go up and down. He had a fluid release and even made a step-back once he got into a rhythm.

Abdulahi Aden, BLA – He plays off his jumper and can make shots from the arc. The skill-set and fundamentals are in place, so as soon as his body catches up, he’ll be a player who takes his game to the next level. Aden is also an accomplished student with a 3.5 GPA.

Mohamud Ali, BLA – Another guy to keep an eye on long-term, Ali had shooting potential of his own along with a long and wiry body type that should continue to fill-out in the coming months and years.

Mason Lawson, BLA – Lawson is a point guard with a mature floor game who plays within the flow, is unselfish, and can stuff all columns of the stat sheet without needing to dominate the ball.

Mekhi Dedrick Boston English – Some say he’s the best prospect in the city, and he may just be as the long and wiry guard has some quick twitch playmaking ability, good athleticism in his lower body, a solid stroke to keep developing, and is still totally undeveloped physically with a build that is essentially all arms and legs at this point.

Ethan Daleba, Burke – The showcase type setting may not be his natural habitat, but this is a guy who has already proven his productivity in the structure of the high school season. Nevertheless, his tools were clear here as well. He’s strong and athletic, very effective inside, but not without some face-up potential to develop.

Carlos Ortiz, Snowden – The long-armed lefty wing was effective with a slashing style. He was efficient with his bounces, able to attack in straight lines, crafty using the glass, and even able to start the break himself. He also had solid size on the wing at 6-foot-4.

Roni Andujar, East Boston – One of the highest academic prospects in attendance with a reported 3.6 GPA, Andujar also had some clear shooting potential with a soft, high-arcing ball from behind the three-point line.

Kamar Morgan, New Mission – The physical upside is there as he owns good size at 6-foot-3, a long and strong build, and the athleticism to finish above the rim off two-feet. He’s also a good student in the classroom with a reported 3.4 GPA.

Steven Jean, Charlestown – He has good size at 6-foot-4 to do damage inside and a soft touch to keep extending his game away from the basket as he develops his skill-set and refines his natural shooting mechanics.

Kamari James, Cathedral – He was just solid across the board showing very versatile tools within the flow of the game. He played with his head up in the open floor, had a clean stroke with room and rhythm on the perimeter, showed a floater in the lane, and just had a feel for how to make the right play at the right time.

Ramsay Checo, New Mission – The youngest prospect in attendance, Checo might also be the best long-term prospect. He doesn’t wow you with size and physicality as much as he does skill and instincts that are especially advanced for a young player. He was the best passer at the event, knocked down open shots, and had a terrific left hand.

A replay of the full game can be viewed below: