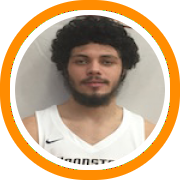 The CIAC is up next as we continue to profile the top prospects in all six of the New England states, and so here are the players to watch in the state of Connecticut.

Kwe Askew, Stamford – The up and coming big man started to make a name for himself this summer as he began to assert his will defensively and show off a budding offensive game. While he’s still just scratching the surface of his potential, the light bulb seems to be on now and so he should be a force in the CIAC.

Roy Kane, Norwalk – As versatile a player as there will be in the Connecticut state association this year, Kane literally does just about everything for Norwalk. His scoring totals are easy to see, but what’s equally impressive is how he fills up the assist and rebound columns as well as he can play all five positions at this level.

Jeremia Livingston, Westhill – As dangerous of a scoring guard as there is in the state, Livingston has instinctive playmaking ability and the numbers to prove it. He exploded for a number of huge games last season as a junior and has taken his game to even higher levels in the year since.

Thomas Nolan, Fairfield Prep – The heady sharp-shooter is already pledged to Fairfield. He’ll get a chance to play a starring role this season at Fairfield Prep following the graduation of Paschal Chukwu, among others, and should have no problems proving himself as one of the best in the CIAC in the process.

Malik Petteway, Sacred Heart – Perhaps the most highly recruited senior in the state, Petteway is the interior anchor for a Sacred Heart squad that is expected to be the best in the CIAC. He owns the paint and has an evolving face-up game from the perimeter that will serve him well at the next level.

Mustapha Heron, Sacred Heart – He solidified his spot among the nation’s elite this summer, but doesn’t have very much left to prove in the CIAC – especially in Class S, where there won’t be another guard with any chance of matching his size, power, and expanding skill. Heron is verbally committed to Pittsburgh.

KeAndre Fair, Weaver – An increasingly versatile guard who was known as a shooter as a youngster but has since gotten stronger and more dangerous off the bounce, Fair is already off to a great start to his junior campaign, having led Weaver past the MIAA’s two-time defending state champs, Putnam, last week.

Tyreek Perkins, Career – The southpaw junior is the focal point for a Career squad that comes into the season ranked second overall by the New Haven Register. Perkins, who put up 22 points and 6 assists last Friday against Bunnell, is quick, athletic, and lethal in the open floor.

Shawn Coles, Holy Cross – He’s always had a world of upside with his size, length, and mobility. He saw consistent playing time as a freshman but will be expected to turn potential into production on a more consistent basis in his sophomore campaign.

Joe Kasperzyk, Hillhouse – The latest in a long line of talented guards to come out of the Hillhouse program, Kasperzyk is both strong and talented with the ball, creating a deadly combination that should allow him to have a huge career in the CIAC.

Nate Laszewski, Avon – A highly skilled forward with good size and a true sniper from behind the three-point line, Laszewski made a name for himself this summer and fall and should now be poised to emerge as a budding star at the high school level.

Chelyn Martin & Jacee Martin, Weaver – The Martin brothers join Fair to give Weaver a menacing three-guard rotation. The undersized spark plug guards are just as capable of making plays on the defensive end as they are off the dribble, making them true two-way weapons.