Top Players in the MIAA 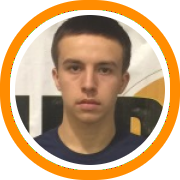 The high school basketball season is upon us and in the state of Massachusetts it looks to be another competitive year in the MIAA with talent across all four grades and divisions. Here’s a look at some of the key players to keep an eye on.

Tyonne Malone, Putnam – An athletic lefty slasher with a live body on both ends of the rim, Malone has the physical tools that only a select few in the state can contend with. He’s played an important role during a period of unprecedented success for Putnam in recent seasons, but may be the put the squad on his back for stretches during his senior campaign.

Brandon Twitty & Matt Hanna, Catholic Memorial – Twitty was overshadowed at times last year but that won’t be the case in his senior campaign as the lanky swingman will need to play a leading role now that both Guilien Smith and Kellan Grady have moved on. While Twitty, who is already committed to Stonehill, is likely to assert himself as one of the state’s best this year, Hanna should emerge as a very valuable secondary weapon for CM.

Harry ONeil, St. John’s Prep – Typically known for his toughness, rebounding and intangibles, O’Neil will get every opportunity to showcase his evolving offensive game this year because St. John’s Prep will need him to take on a bigger scoring role if they’re going to remain among the state’s best.

Jack Loughnane, Boston College HS – Loughnane is a skilled guard with a high basketball I.Q. He’s set to be both a scorer and playmaker for B.C.H.S. in his final campaign and the early results have been nothing but positive including a win over Brockton last week.

Nate Tenaglia, Tewksbury – An aggressive and attacking guard whose ability to wreak havoc on the Merrimack Valley comes by virtue of his proven work ethic. He was MVC Co-MVP as a junior and probably won’t want to share this year.

Damonte Turner, Burke – Coming off a breakout junior season under longtime college coach Sean Ryan, Turner didn’t seem to be getting a ton of pre-season pub but might just end up being one of the best players in the Division III ranks.

Terrell Williams, Bridgewater-Raynham – He’s coming off a big junior season and ready to take his game to even greater heights this year. He has the size and athleticism to be a game changer around the rim, both as a scorer and rebounder.

DeVonte McCall, Amherst – He may not yet be a well-known name beyond Western Mass, but when it comes to his backyard there are few players expected to have a bigger senior season. McCall, who leads an Amherst club that won 20 games a year ago, was a 2nd Team All ESPN Boston Pre-Season pick.

Jonathan Duvivier, Brockton – A young Brockton team hasn’t had quite the start to the season they had hoped but Duvivier gives them a veteran to rely on moving forward and a proven scorer who has already proven he can go for 30 on any given night.

Tyler Dion, Wachusett – A skilled scoring guard with a track record for being able to put up big numbers, Dion is expected to be one of the top guards in the state this year and have Wachusett back in the D1 Central play-off picture.

Josh Bradanese, Billerica – He’s coming off a successful AAU campaign and should be able to take another step forward during the high school season. He’s got the size to be a game changer in the paint but is a versatile enough offensive player to face-up from various spots on the floor as well.

Eric Sellew, Concord-Carlisle – On sheer talent alone, Sellew should be one of the best seniors in the MIAA with his combination of size and perimeter skill. He’s headed to Amherst next year but will attempt to lead a Cinderella story of sorts in D2 on his way out.

Rayshon Ward, Plymouth North – His size and length make him an extremely difficult match-up in the division II ranks and that’s a big reason why Plymouth North is expected to be able to improve upon their 12 wins from a year ago.

Jakigh Dottin, Dimon Carrigan, Daniel Rhymer & Nathan Habtom, Cambridge Rindge & Latin – To say they’re the core of the #1 junior class in the state is misleading when they’re probably best described as the core of potentially the best team in the state. Dottin is a powerful playmaker with a relentless attacking style while Rhymer and Carrigan form a deadly interior duo, with complimenting power and length along with collective athleticism.

Devonn Allen, Danvers – The junior guard can put big numbers up on the offensive end but also lock-down defensively. Danvers has won state championships in three of the last four years and if they’re going to do it again, Allen will need to be at his best on both ends from December until March.

E.J. Perry, Andover – After starting to make a name for himself on the spring AAU circuit, Perry looks poised for a break-out season as he has the physical strength, toughness, intangibles and skill set to help Andover replace Connor Merinder and David Girabaldi.

Ulyen Coleman, Catholic Memorial – He started to make a name for himself as an underclassmen but wasn’t quite as visible on the recent AAU circuit. A smooth lefty who can drill shots from long-range, this could be the year he reminds people of his talents.

Chris Doherty, Marlborough – He may be only a sophomore but that doesn’t mean there’s anyone who can contend with him inside the paint. If Marlborough can get him the ball inside on a consistent basis, he’ll carry them to one of their best seasons in recent memory.

Tanahj Pettway, Central Catholic – He put up numbers from day one of his freshman season last year and now that he’s healthy he’ll be looking to assert himself as one of the top guards in the state, regardless of class, and return Central Catholic to their place among the MIAA’s best in the process.

Brycen Goodine, Bishop Stang – Much like Pettway, Goodine put up big numbers from day one of his freshman season and while he missed most of the AAU season with injury, he’s back now and should be able to assert himself as a premier talent in the Eastern Athletic Conference.