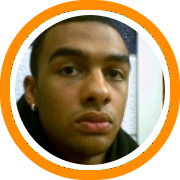 Three Months ago Matt Hill had just graduated from Cheshire Academy with no scholarship offers on the table. Three years prior, he had arrived at Cheshire for his sophomore year as a prized recruit. But with no scholarship offers on the table many said Matt hadn’t lived up to the hype and he committed to attend Tilton in the fall for a post-graduate year.

Then came the July “live” period when things began to change. After a strong performance at Eastern Invitational Matt had a very strong showing at the Reebok Summer Classic East, where he played in what might have been his most important AAU game ever as Connecticut Basketball Club went up against Michael Beasley and DC Assault. Hill played Beasley even for the whole game scoring, rebounding, and blocking shots. CBC lost the game but Matt’s recruiting skyrocketed. Within a week he had offers from the likes of George Washington, the University of Massachusetts, and the University of Rhode Island to come to school in September. Having already made a commitment to Tilton and Coach Marcus O’Neil, Matt chose to attend prep school anyway. But before even arriving at Tilton the versatile forward committed to the University of Massachusetts for the 2007-2008 season.

At Tilton, Hill is joined by a pair of Turkish seniors and a sophomore who has a chance to be recruited at the highest level. 6’8 Mehmet Sahan is a very skilled perimeter four man. He is a lefty who has a great jump shot and can also score off the dribble or from the block. Can Ozkaner is a tall and strong point-guard who has a lot of European influences to his game. He is very smart, crafty in the lane, and deceptively quick and athletic. Sahan is atleast a mid-major player with his combination of size and skill and Ozkaner should be able to make an impact on a low-major program next season.

6’6 G/F Givon Crump returns to Tilton to repeat his sophomore year. Crump has already received scholarship offers from schools in the Atlantic 10 conference and is beginning to generate significant interest from Big East schools. He has a high-major body and a terrific mid-range game. If he uses his remaining time at Tilton to gain some explosiveness in his legs he should be able to be an impact player at the high-major level.

6’6 SF Joe Fremeau leads a solid supporting cast at Tilton. Fremeau who has been battling injuries since this summer wasn’t in action today but should step in as the fifth starter. 6’5 senior forward Martin Higgins, 6’1 senior guard Caleb Butler, 6’0 senior guard Michael Flemming, and 6’0 guard Adam Cowie are all capable of playing at the next level according to Coach Marcus O’Neil. Three underclassmen fill out the roster in 6’1 wing Yung-fa Yang, 6’5 forward Teddy Bridgman, and 6’3 forward Chris Bolte.

With a roster that has a nice blend of talent and experience Tilton should be one of the top contenders for the NEPSAC “B” title this winter.