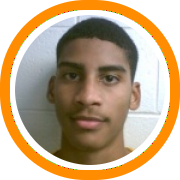 Williams College has landed another local product as they have received a commitment from Arlington High School’s skilled 6’8” big man.  Brian Emerson is the latest in a long line of scholarship level talents who have decided that the allure of attending one of the best academic schools in the nation while having the opportunity to contend for a national championship was enough to pass up on opportunities to play at so called higher levels.

What makes Emerson so appealing is his versatility as he is the prototypical mismatch problem.  He can pull opposing shot blockers away from the bucket with his sweet shooting stroke while also punishing smaller defenders with a series of polished moves with his back to the basket.  This versatile skill set will make him an ideal fit in Williams’ offensive system and should allow him to make an immediate contribution upon arriving on their campus.

Vermont Native Headed to Union
Union College has gotten a steal as Vermont’s Rusmir Dzanko has committed to them after being accepted to the school via the early decision program.  While we currently have Dzanko ranked as the fourth best senior in the Green Mountain State, an argument can certainly be made that he has the most potential.  The 6’6” four-man is a powerful and athletic force under the basket who does a good job scoring on the block and rebounding on both ends of the floor.  You have to give the coaching staff at Union a lot of credit for going into Vermont and finding what could turn out to be a diamond in the rough, as big men of Dzanko’s quality are hard to find.

Connecticut Sharpshooter will stay Close to Home
Notre Dame (Fairfield) High School’s Matt Maya is one of the best long-range shooters in Connecticut.  His proficiency from behind the arc has been one of the main reasons why Notre Dame is off to an impressive 4-2 start, including a big win over a strong Stratford program.  As it turns out he will be launching threes in Connecticut for four more years, as Maya plans to travel less than a half hour down the road and attend Albertus Magnus College where he will star for longtime Quinnipiac Assistant Coach Mitch Oliver.  Despite their slow start this season, Albertus is certainly a program on the rise and the addition of a player of Maya’s quality will only speed up that process.