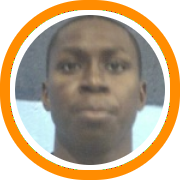 Recruiting is the life line of any good college program.  And while there are a variety of factors that go into building a cohesive team, more often than not it simply comes down to talent.  Most coaches will tell you that to win at any level, you need players who can play at higher levels: the best division III programs in the country are filled with scholarship level talent; many top division II programs would do very well for themselves matched up against low-major division I teams; low major schools that contend for the NCAA tournament have players that could play at the mid-major levels; and the best mid-major programs are on par talent wise with many high major clubs.

When schools are able to land players like this, it likely happens in one of two ways.  First, they out-evaluate other schools.  Davidson’s Stephen Curry was probably college basketball’s best example this year.  Coming out of high school the sharp-shooting playmaker was spurned by a variety of ACC programs only to come back two years later and lead his team past many of those same programs on the way to the Elite 8 of the NCAA Tournament.

Secondly, schools can just flat out out-recruit higher level competition.  By working harder to develop a relationship with the student-athlete and selling whatever is unique about their program and university, coaches can occasionally land a big prize.

With all of that in mind, today we begin a two part series on the ten biggest steals of 2008.  Before we get to the list, here is a look at some commitments that just missed the cut, but still deserved to be mentioned.

Greg Mangano to Yale:  The skilled 6’10” big man turned down two Atlantic 10 offers to stay close to home and play in the Ivy League.

Gerald McLemore to Maine:  It took a mid-season move to get McLemore to Maine, but it was a move that will pay lasting dividends as McLemore could quickly become an impact player for the Black Bears.

RJ Evans to Holy Cross:  He spurned St. Bonaventure and the Atlantic 10 in hopes of helping Holy Cross regain the Patriot League crown and return to the NCAA tournament.

Van Dellenbeck-Ouellette to Evergreen State:  His refusal to stay on the east coast was the reason why a division II NAIA school landed a big time shooter who had multiple division I offers.

#10 Romeric Lasme to Bryant:  In the fall, Lasme had offers from two schools in the Atlantic 10.  The similarities between the no-nonsense attitude of then Bryant Head Coach Max Good and Winchendon’s Head Coach Mike Byrnes were a big reason why Bryant was able to get themselves into the mix during the season, despite the fact that they were just making the jump to division I and wouldn’t be post-season eligible for four seasons.  You also have to credit Good and assistant coach Dwayne Pina for their diligence late in the season when Lasme’s stock started to shoot back up.  Now that Good has departed to take the job as the lead assistant coach at Loyola Marymount the only question that remains is whether or not Lasme will ever wear a Bryant uniform.

#9 Ted Eby to M.I.T.:  When Eby arrived at Northfield Mount Hermon earlier this year he had division I interest from a variety of programs in the Ivy and Patriot League.  A few short months later he had committed to division III M.I.T.  While a school of M.I.T.’s academic reputation certainly sells itself a little bit, you have to give Head Coach Anderson a ton of credit.  He faces tougher admission criteria than perhaps any other coach in the country and yet he still was able to put together an impressive class, led by Eby who should be a four year starter and future all-conference performer.

#8 Melquan Bolding to Duquesne:  Anytime a player was supposed to end up at one of the nation’s most prestigious programs and ends up in the Atlantic 10 it is a steal.  The most obvious connection here was Bill Barton, the former Notre Dame Prep head coach and current Duquesne assistant, who Bolding was expecting to play for when he made the decision to attend Notre Dame around this time last year.  Bolding is a dynamic open floor player who is a perfect fit for the free-flowing transition system that Duquesne has been utilizing since Ron Everheart took over the program two years ago.

#7 Vytas Kriskus to Brandeis:  This was hard to believe when it happened earlier in the year.  Kriskus had just finished up a very successful summer and had many people talking about him as a potential division I player.  On Brandeis’ end, they both out-evaluated some people and out-recruited some others, as they capitalized on Kriskus’ lack of d1 offers and convinced him to spurn the d2 offers he already owned.  Much of the credit belongs to former Brandeis Assistant Colin Tabb who was the point man for a terrific class including Kriskus, Tilton sniper Dave Aquilino, and Lowell point guard Jaime Shannon.

#6 Andrew Yanulis, Chris Applegate, and Jon Pike to Trinity:  While Colin Tabb was busy putting together a terrific class at Brandeis, his brother was doing the same at Trinity.  In fact, although we aren’t in the business of rating division III classes, we certainly aren’t familiar with one that matches what Sean Tabb was able to get done for the Bantams this year.  Yanulis, Applegate, Pike, and New Hampshire transfer Sal Abdo all spurned scholarship offers to attend the Hartford campus, and will all arrive in the fall with four years of eligibility.

Stay tuned tomorrow for the top 5 steals in the class of 2008!