Team New England ends July with a win at Fab 48 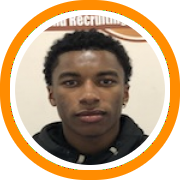 After previous trips to New York and Los Angeles, Team New England finished July with their best effort of the month, the diamond division championship at the Las Vegas Fab 48.

The team, playing without big man Isaiah Richards, went 7-1 on the weekend. They dropped their opening contest by 3 to Kingdom Elite but still advanced into bracket play by virtue of finishing in the top two and didn't drop another game for the rest of the week.

They scored wins over Alvin Gentry Elite and Coastal Elite Slayers on Saturday before defeating Team Teague and Nightrydas 16u in the quarterfinals and semifinals respectively. Femi Odulake scored a team high 17 points to lead TNE to a 64-62 win over Ray Allen Select in the finals and picked up offers from Manhattan, Evansville, Niagara, and Long Island.

Kadary Richmond, who stars with Richards and Odulake at South Shore High School, saw his recruitment jump to new levels this month. He came into July with offers from FIU and New Mexico before adding Rhode Island, St. Bonaventure, VCU, and Kansas State along with interest from several others.

Bensley Joseph, who will be reclassifying to 2021 next year at Cushing, picked up offers from Rutgers and Evansville while Kam Farris, who will be joining Tabor Academy's class of 2020, started to make a name for himself as well.

Moses Flowers was the only returning member from last year's New England Playaz squad and the veteran leader of this year's club. Fellow 2019 prospects Cameron Shockley-Okeke, Jordan Minor, and Daman Tate all made consistent contributions in Las Vegas as well.

The win was a fitting tribute for the first year program's resiliency this year as they went through a re-brand and coaching change while also having to shift their roster all within the last few months.