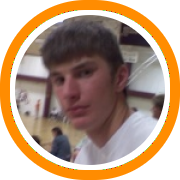 Games of the Night

Connecticut Select u16 vs. New York Panthers u16 – Fresh off their run to the finals of the Summer Classic East tournament a day earlier, the Panthers traveled to New England where they ran into the stone wall that was the Connecticut Select team.  Select came into this game riding a wave of momentum after avenging an earlier season loss to 518 Hustle in their opening game.  But the nightcap turned out to not be quite as close as many predicted as Jerome Harris dominated from start to finish to lead Select to a comfortable double digit win.  Harris was scoring in every which way as he showed his explosiveness getting to the rim and finishing above the cup, shot the ball very well from the perimeter, and even got his step-back jumper going in the second half.  Also playing well was Jakarri McCallop who controlled the paint, Anthony Jernigan who handled the ball and made a couple of perimeter jumpers, Steve Santavenere who defended the perimeter well and made his fair share of open shots, and Andre Makris who is a quickly developing big man.

New Jersey ABC vs. New Heights – College coaches were packed in the stands of Burt Kahn court to see this match-up of two of the tri-state areas top programs.  Both teams were coming off good wins earlier in the day as New Heights handled Upstate Basketball and New Jersey ABC defeated the Boston Warriors.  Frantz Massenat would emerge as premier player in this game as the Trenton Catholic Academy star was the difference maker that helped NJ ABC pull off what many would consider to be an upset victory.  The crafty combo-guard is reportedly considered a fringe high-major talent, but he no doubt helped his stock in this one as a number of high major schools were looking on.

Connecticut Elite 2012 vs. Expressions Elite 2012 – Elite is one of the most overused words in grassroots basketball, but when it comes to these two teams it is a very fair description.  Connecticut Elite and Expressions Elite are two of the region’s premier 15u teams, so much so that they were both granted spots in the 16u field of the Super 16.  When they locked up Monday night it showcased a number of promising prospects for the future.  Timajh Parker-Rivera was a beast around the rim for Connecticut as he was throwing shots around the rim defensively and dominating the glass.  Ultimately though, Expressions utilized their depth, getting contributions from a variety of players to score the win.  Andrew Chrabascz continued to lead the way inside while the guard tandem of Daquan Grant and Showley Nicholson also did a very good job for Expressions.  Eli Lubick stepped up in a big way as well, scoring 15 points by making open shots and using his strong body to plow through contact and finish on his way to the rim.

CMAC Hawks vs. Raising Champions – Featuring division I guard Mike Buffalo among others, Raising Champions may have come into this game a little overconfident and the CMAC Hawks were plenty willing to take advantage.  CMAC had good balance in their offensive attack with Yamir Smallwood scoring 12, Jose Cruz 11, John Henault 9, and Emmanuel Feraud 7.  Smallwood was a bit of a junk 3man who got a ton done in the paint due to his high motor and activity level.  Cruz also impressed, not just with his play on the interior, but with a nice handle and feel for the game away from the basket as well.  But defensive production was even more important as Buffalo was held to only 2 points.  In fact, the most productive player on the floor was Danbury’s Lenzie Harrison, who scored 13 points while also showing his trademark on-the-ball defense.

Josh Turner, Connecticut Select – Turner was perhaps the biggest star of the evening as he played very well against Upstate Elite and then really turned it on against the Granite State Jayhawks, dominating the game to lead Select to the victory.  Versatility may be his biggest asset as he can play any of the three perimeter positions, score the ball in a number of different ways, and see the floor and pass the ball.  When he puts it all together as he did in this last game there are few that are better.  Danny Lawhorn, fresh off his recent de-commitment, also played well for Select pushing the tempo and being creative with the ball in his hands.

Ike Azotam & Mario Monroe, Metro Boston – Metro Boston’s interior duo had a very good day today.  For Azotam, this is just the latest in what has become a consistently successful summer as he’s made the all-star games at Hoop Group Elite Camp and New England Elite 75, which has resulted in strong recruitment from places like Drexel, James Madison, Quinnipiac, Sacred Heart, Delaware, and Howard.  But for Monroe, this is proof positive of what he is capable of being when he gets his motor going as he’s always had all the talent and physical tools to be a very good player.  Allen Harris continued to be a consistent scoring presence on the wing for Metro Boston, while Brian Grossman showed a lot of guts playing through an eye injury.

Jasper Grassa, Boston Warriors North – The month of July is all about timing and Grassa picked a good day to play his best as he intrigued a number of division II schools with his well rounded performance.  He’s a super tough guard who got into the lane consistently, found people off the dribble, and even picked up full court defensively.

Ben Bartoldus & Alex Stoyle, Granite State Jayhawks – Bartoldus was the star today for the Jayhawks as he went a long way towards picking up his first scholarship offer, scoring 19 points against Connecticut Select and 27 vs. Lone Wolf by making open shots, getting to the rim, and finishing with his normal strength and body control.  Stoyle showed a high skill level for a player his size, stepping out and shooting the ball well, while also showing plenty of hop around the rim to the tune of 3 dunks in his second game.

Alex Conaway, Connecticut Hoopstars u16 – Conaway has improved by leaps and bounds since the beginning of the AAU season and played well in both of the Hoopstar’s games today, going for 20+ in both contests.  The 6’5” forward is tough to stop in the open floor and has a much improved jumper, consistently knocking down the 12-15’ shot, and making an occasional 3.  Gerald McClease also played well for the Hoopstars, especially in game 2, and Christian Collette made a valuable contribution today as well, going for a double-double in both games.

Robert Alers, Rhode Island Hawks u17 – Alers put a big number on the board, dropping 27 points on CBC-Smith.  He’s a pure scorer who doesn’t base his attack on one predominant weapon but moves well without the ball, creates space in the mid-range area, and finds ways to get the ball in the basket.

Tyrus Weaver, New York Panthers u16 – Fresh off his 24 point performance in the final of the Summer Classic Tournament, Weaver didn’t miss a beat in his first game on Monday as he scored 16 points but more importantly created a variety of easy scoring opportunities for his teammates.  Known primarily for his perimeter jumper, Weaver had his dribble drive game going as his quickness got him into the lane consistently, where he scored it himself or found others after forcing the defense to collapse.

Jerome Parkins, Connecticut Basketball Academy – Parkins was a man among boys in CBA’s second game of the day as he scored 24 points while pulling down several more rebounds.  While he may be undersized for the interior, there’s no measuring heart, and that’s exactly why he’s able to play so much bigger than he actually is, out-rebounding and scoring over players who are much bigger than him.

Adrian Oliveira, Rhode Island Hawks u16 – Oliveriera poured in 31 points against Connecticut Select in the nightcap.  The undersized guard may look like a 15 year old physically, but he certainly doesn’t play like it as he has wisdom and feel for the game that far exceeds his number of years to go along with a tremendously well rounded skill set.  Nate Stitchell and Zach Wells also played well for the Hawks.

Dominique Langston & Denzel Jones, Connecticut Basketball Club u17 – CBC kept right on rolling as they defeated both Raising Champions and Long Island Lightning without too much of a scare.  Langston continues to play well as he shot the ball well from the perimeter and certainly has a college ready body.  Jones caught some people’s attention as well with his high flying act and willingness to do the dirty work.