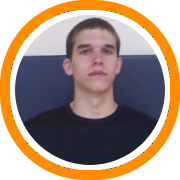 Brewster Academy post-graduate Kyle Tazioli committed to Stonehill on Friday and is expected to sign with the school either Saturday or Monday according to Brewster head coach Jason Smith.

Tazioli is a versatile six-foot-six forward who projected as an important contributor for Brewster early in the fall but ended up missing much of the season after being diagnosed with mononucleosis.

A native of Winter Park, Florida, Tazioli previously starred for Lake Mary Prep before coming to New England for his post-graduate year.

At Stonehill, Tazioli projects as a face-up four man who can attack the defense both inside and out.  His high arching three-point stroke consistently finds the bottom of the net when his feet are set and he uses his athleticism to rise above the defense for short pull-ups both off the dribble as well as with his back to the basket.

The Florida native is also an excellent student who saw recruitment from a variety of Ivy and Patriot League programs before ultimately deciding on Stonehill.

Tazioli is the second New England prep product to commit to Stonehill this year, joining Mitch Amelio, a California native who did a post-graduate year at Wilbraham and Monson Academy, and Mike Accaoui, a Rhode Island native from the Winchendon School.

Stonehill finished the 2009-10 season with an overall ranking of 24-6 and advanced all the way to the Regional Semi-final of the NCAA Tournament before falling to Philadelphia 71-69.