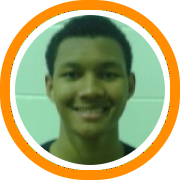 Ian Gardner and C.J. Byrd have been side by side for the last year, first playing together on the AAU circuit with High Rise Team Up last summer and most recently completing their post-graduate seasons at St. Thomas More School.

That pattern won't change next season either as both recently committed to Gannon University, a division II school in Erie, Pennsylvania that competes in the Pennsylvania State Athletic Conference and won the PSAC championship this past season.

Gardener graduated from Kolbe Cathedral High School in Bridgeport, where he previously played for former UConn star Chris Smith. He's a long and athletic wing who has the versatility to play multiple positions, the ability to score both going to the basket as well as in the open floor and the potential to emerge into a top-notch defender.

Byrd is a six-foot-three shooting guard who made a name for himself in his senior season at Greenwich High School, distinguishing himself as one of the top scorers in the CIAC, but doing the majority of his scoring either in the open floor or from behind the three-point line. He's expanded his offensive attack within the last eight months and has the potential to develop into a high level scorer in the division II ranks.