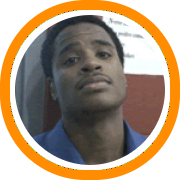 On Saturday Stevie Mejia led his Lawrence Academy team into action against the Progressive School at the National Prep School Invitational held at Keaney Gymnasium on the campus of the University of Rhode Island. Next door sits the Ryan Center, the beautiful new arena that serves as the home court for the URI basketball program, where Mejia will lead the Rams for four years starting in the fall of 2009.

Mejia is an old school point guard in that he is a floor general who looks to run the team first and create his own offense second, despite the fact that he is a very gifted scorer. He is a very cerebral player with a well-rounded skill set, great composure against pressure, and a high basketball I.Q. When his team is in need of him to score he can do so either by attacking the paint off the dribble or pulling up from behind the three-point line.

Before arriving at Lawrence Academy this year, Mejia starred at Lexington Christian for two years. He has also been a staple of the Metro Boston AAU organization for several years as well.

“I’m thrilled for him,” said Metro Boston program director Mo Vasquez. “Stevie has been with us since he was 14 or 15 and he has worked real hard to get where he is now, and he still has a lot of upside. It’s a great get for URI.”

Mejia was quick to point out the importance of Vasquez and another member of the Metro Boston staff Oscar Lopez.

“I’m definitely still going to be with them this upcoming summer,” said Mejia. “They have been great to me.”

Mejia was also quick to praise his new coaches and teammates at Lawrence Academy.

“Lawrence is good people,” he said. “It is only my first year here and I really like it already. They are good to me”

While Mejia and his current coaches will enjoy the time they have left together, you can bet his future coaches can’t wait until the time comes when he plays in the building next store.