Search for Talent Begins in 2012 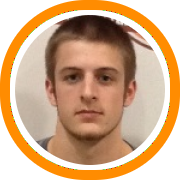 We already know about Alex Murphy and Domonique Bull.  They were the top two prospects in the class of 2011 before deciding to reclassify (St. Mark’s and Cushing Academy respectively) to 2012.  Now the gap between them and the rest of their new class is extremely wide based on everything we have seen to date.  With four years left to their high school careers it may be too early to start projecting their level of play in college, but let’s just say these two have the potential to do some special things.

But who comes after the top two?  The search has begun.  In Maine we already know about a talented group of incoming freshmen including the likes of Will Defanti, Chris Braley, Cam Olsen, John Amabile, and Nolan Allen.  We’ve also been impressed by a handful of players in Massachusetts including Billy Bonnet, Isaac Carp, and Josh Downes.  But we know there are many more players waiting to be discovered.

This fall, just like every other fall, it becomes one of our top priorities to seek out and discover the best young prospects the region has to offer.  That is a big reason why we are hosting the first ever New England Elite 75 Showcase – Frosh/Soph Edition at the end of the month.

The showcase includes an invitation only field, which requires players to get nominated in order to participate.  The field is filling up fast as nominations are coming in by the handfuls every day.

Between that event, upcoming scouting trips throughout the region, and our normal stops at all the top fall showcases (most notably the Hoop Mountain Fall Classic on October 3rd) the prospect section in the class of 2012 will be full in no time.