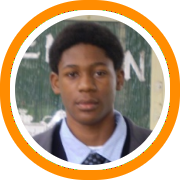 St. Andrew’s-70      Avon Old Farms-59
St. Andrew’s survived a home scare from Avon Old Farms 70-59. Avon led at the half 35-28 behind 21 points from guards Jihaad Pretlow and Latif Rivers. However, the Saints rallied behind a team effort and made a huge run to put the game away by the one minute mark. Myles Brilhante made 4 straight free throws and Ricardo Ledo a layup in the final minute. Ledo paced five Saints in double fingers with 18. Michael LaPlante added a double-double with 16 points and 13 rebounds. Youri Dascy added 14 (12 in the half) while Brilhante and Tom Garrick added 10.  The Winged Beavers were led by Rivers with 28 points and Pretlow added 21.

Winchendon-76      Brimmer & May-61
Brimmer & May represented NEPSAC Class B well as they battled the Green Wave from Winchendon up to the three minute mark. However, after leading by only 5 at the half (41-35), Winchendon was able to put the Gators away with some timely inside play from Marvin Dominique and Eric Ferguson. Once again, Brimmer & May guard Derek Retos was very impressive! Why doesn’t he have a scholarship offer? Anyway, he led the Gators with 21 points (seven threes). 6’7” Troy Robinson added 12 points and 15 rebounds while Chris Sherwood had 17 and Jared Fay 13 to round out the scoring. The 12-1 Green Wave were led by Ferguson’s 18 while Akeem Williams added 15 and Domonique 14.

Marianapolis-72    Tabor-48
Marianapolis led from start to finish to defeat Tabor 72-48. Marianapolis established a solid inside game and a very tough zone defense. The second half featured a fast break for easy baskets along with some good three-point shooting. Quinnipiac-bound Ike Azotam led four Golden Knights in double figures with 19 while Kristian Medina and Zach Sisko added 14 and Matt Barboza finished with 13. Lawrence Fauntleroy led the Sea Wolves with 12 while Kevin Sullivan added 8.

Boston Trinity-72      Christian Heritage-67
Christian Heritage led at the half 37-27 due to a stifling ¾ court press. Jason Perrier and Braxton Gardner combined 19 points to lead the charge. However, Boston Trinity made adjustments and started to handle the press while connecting on inside buckets on offense. The game see-sawed back and forth when Kadeem Thompson hit his only bucket of the game (a 3pt. shot from the corner), to tie the game at 62 with two minutes to play. From there on, Boston Trinity pulled away and won 72-67. Rodell Wigginton led the way with 22 points while Kayon Mayers and Velo Lukic added 15 each. The Kingsmen were led by the dynamic duo of Pierre and Gardner with 19 and 17 respectively.  Bryan Jones added 15 points.

Players of the Day:
Eric Ferguson (Winchendon) and Derek Retos (Brimmer & May)

Highlight of the Day:
The replacing of the usual hip-hop warm-up music found in most high school gymnasiums for that of a more traditional Christmas Holiday music. It appears Bing Crosby’s  “White Christmas” was the hit of the day.

Avon-58      Tabor-34
Avon raced out to a 25-14 halftime lead and never looked back. The guard tandem of Latif Rivers and Jihaad Pretlow continued to impress with 20 and 16 points respectively. Darnell Davis added 10 for the victors. Tabor was led by Gary Maestats with 14 points.

Brimmer & May-77      Christian Heritage-56
Christian Heritage battled the weather and a 2 plus hour drive to play Brimmer & May. However, the Gators came out running behind Derek Retos’ 9 and Chris Sherwood’s 13 first half points. Brimmer & May increased their lead in the first 3 minutes of the second half to put the game out of reach. Sherwood led all scorers with 23 while Jared Fay added 14 and Retos 12.  Christian Heritage was led again by Braxton Gardner with 15 and Jason Perrier 14.

Winchendon-73      Marianapolis-55
Winchendon started off fast and never looked back. The Green Wave built a 42-22 halftime lead and stretched it throughout the second half.  Eric Ferguson was a man playing against boys as he scored 27 points on put backs, dunks, and three-point shots. Markus Kennedy added 16 for the victors. Kristina Medina led Marianapolis with 17 points (including 5 3pt. baskets) while Ike Azotam added 10. Injury plagued Gediminas Bertasius also had 10 for the Golden Knights.

St. Andrew’s-76      Boston Trinity-62
Boston Trinity started the game by making 12 of their first 13 shots and built an 11 point lead midway through the first half. However, St. Andrew’s chipped away and took the lead 33-31 at the half. Veilo Lukic’s 10 and Kayon Mayers’ 9 led the Lions at the half.  The host Saints regrouped at the break and went on a 12-2 run to start the second to put the game away. Myles Brilhante and Ricardo Ledo score 5 points each in the run. The host team then held off a Boston Trinity rally for the 76-62 win. Ledo led the Saints with 17 points while Brilhante had 16 points and 10 assists as he handled the Lions’ pressure. Mike LaPlante also had 12 points to go with his 12 rebounds.  Lukic ended with 17 while Mayers added 17 for the Lions.

Play of the Day: Ferguson’s one hand slam after a perfect pass from Mike Accaoui on the fastbreak for Winchendon