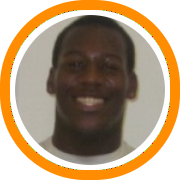 After briefly de-committing from his pledge to Duke’s lacrosse team in hopes of pursuing a college basketball career, Salisbury post-graduate Myles Jones has had a change of heart and decided to honor his commitment to the Blue Devils.

Salisbury School’s head basketball coach Jeff Ruskin confirmed the news over the weekend, saying it was the value of a Duke education and Jones’ desire to attend college in the South that helped him come to this decision.

Jones will play lacrosse for the Blue Devils but has also spoken with the basketball coaches about a possible walk-on spot and will meet with them in the fall when he arrives on campus.

In the two weeks since Jones announced he was interested in pursuing a college basketball career, he had already been contacting by over 15 schools, showing his undeniable division I caliber talent in both sports.

Jones was the second leading scorer and rebounder that won the first NEPSAC championship in Salisbury School history.