Rumble in the Bronx  Final Observations 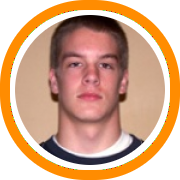 CBC u17 – They took the championship in the silver bracket to claim their 3rd consecutive title, having won the gold championship at the Hall of Fame Spring Classic and last weekend’s Boston Shootout.  Their only loss this weekend came in pool play to Team Final who beat them by 9.  Team Final went on to take the gold championship and didn’t have another game within 20 points all weekend long.  CBC did this while playing without a few members of their regular rotation (Isaiah Salafia & Luke Matarazzo were at Yale Elite Camp & Denzel Jones at football camp).  Chris Evans has been consistently good all spring and Phil Gaetano did a nice job of holding down the point.  Steven Glowiak continues to make big shots and take his game to new levels.  Majok Majok and Dominique Langston were both special at times.

Expressions u16 – They breezed through pool play and then won a rematch with the Mass Rivals in the quarterfinals.  Ultimately, they fell in the semi’s in a triple overtime game that it looked like they had won until a member of New Heights drilled a three-pointer to force the first OT at the end of regulation.

MBR u17 – MBR swept their pool in the 17 and under bracket with wins over CT Select, CJ Hawks, & Metro Hawks.  Keegan Hyland is always the top guy but Indiana Faithful, Stephano Mancini, and Dominic Borelli all stood out at times this weekend.  Look for MBR to do damage this summer as they pose a major threat to teams who aren’t familiar with their shot making prowess.

New England Playaz u17 – They swept their pool as well including a terrific win over a loaded New Heights club.  Unfortunately they were the latest New England team to fall victim to the NYC officiating as they were robbed in opening round of the gold bracket.

MA Rivals u14 & u16 – The young Rivals continued their tremendous spring advancing all the way to the finals of the 14 and under bracket.  This is the same team that has already captured several other titles this spring including the Providence Jam Fest.  The Rivals u16 team also had a good weekend, winning their pool and advancing to the quarterfinals with a win over the Albany City Rocks as David Madol had a bit of a breakout weekend.

RI Breakers u15 – You don’t hear as much about the Breakers u15 team as you should.  While BABC is certainly tops in the region in this age group, the Breakers don’t play second fiddle to anyone else and they showed why this weekend.  Rob Hazard, Michael Neal, and Cesar Mejia are just the beginning of their talented line-up.

CT Select u16 – They looked like a totally different team than the group that was in Boston last weekend for the Shootout as they played harder and shared the ball.  When they do that they’re very good and that’s why they took their pool.

Jordan Laguerre, MA Rivals – He can flat out go.  This weekend he scored 70 points in 3 games and was the Rivals most consistent player for the weekend.  He does it all offensively and has the burst and bounce to play at a very high level in the future.

Nate Lubick, NE Playaz – He’s so versatile and impacts the game in so many different ways but what really makes him great is the fact that he’s a killer.  He’ll take your head off to win the game…and he did it this weekend going up against some of the best big men there are in New York and New Jersey.

Jakarri McCallop, CT Select – He’s gotten progressively better throughout the course of the spring and he shined through this weekend as well, doing double duty with both the u16 and u17 teams.  He’s a young senior but you wouldn’t know it by watching him do damage on the block.

Canaan Severin, Expressions Elite – A bit of an unsung hero on the Expressions team, but Severin gives them exactly what they need – an athletic wing who goes to the rim and locks up defensively.  In Expressions first bracket play game he scored 16 points and took 6 charges…that’s not a typo SIX CHARGES.

Melsahn Basabe, New York Gauchos – The biggest compliment we can give him is that he continues to improve at a quick rate.  Even since the end of the high school season he looks bigger, stronger, and more assertive.  His skill set is definitely coming along nicely as he’s got a great mid-range touch now and can even knock down the occasional 3.