Rumble in the Bronx  Event Recap 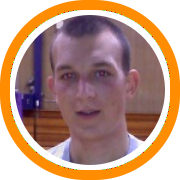 At noon on the first full day of the Rumble in the Bronx tournament Devin Ebanks had a press conference scheduled in which he would announce his college selection.  In what turned out to be the weekend’s worst kept secret Ebanks said he plans to attend the University of Indiana to play alongside one of the top players in the class of 2007 in Eric Gordon.

“Their fans are crazy,” Ebanks told scout.com’s Jeff Goodman earlier in the day.  “I’ve never seen so many people come to an AAU tournament.”

Ebanks selected Indiana over Miami and Rutgers having already ruled out programs like Connecticut and Texas.

Following his press conference the 6’8 swingman had still yet to take the court with his Team Takeover which also featured fellow New England prep products Quasim Pugh and Christian Morris, along with the #2 player in the country according to scout.com in Ed Davis who had just finished up his unofficial visit to the University of Connecticut.

In their first game of the day the talented group took on Connecticut Select.  Ebanks lived up to the hype created by his press conference as he was sensational throughout the game.  He ran the floor for highlight reel finishes and showed his improved shooting touch from behind the three-point line.  Then in the most impressive play of the day, Ebanks caught the ball at the three-point line, lifted his defender with a shot fake, took one dribble to the rim, and elevated for the finish.  As two Select defenders rotated to contest his shot, Ebanks made a 360 degree turn in mid-air to elude the opposition and lay the ball in the basket.

As good as Ebanks was throughout the game, Tyrone Gardner was equally impressive.  Both players finished with 27 points in the day’s best 1 on 1 exhibition.  Gardner was able to lead the charge to bring his team back from a 16 point deficit and cut Team Breakdown’s lead to only 2 points with only 15 seconds remaining in the game.  Nevertheless, Breakdown was able to hang on as Ebanks got loose for a breakaway lay-up and Pugh knocked down a clutch free-throw to solidify the outcome.  Ed Davis and Charles Moreland were also impressive throughout the game scoring 19 & 17 points respectively.

Earlier in the day the legendary New York Gauchos team got more of a game than they expected from the New Hampshire Playerz.  Despite falling behind early in the game by almost 20 points the Playerz, led by 43 huge points from 6’1 shooting guard Lucas Croteau, battled back to make it a competitive second half.  Croteau was on fire knocking down multiple three-pointers while spotting up in the corner as well as coming off of screens.  But he didn’t stop there as his all around game was on display as he used the window to bank in 18 footers, ran the floor for uncosted lay-ups, and even finished inside among the trees with a series of lay-ups from a variety of angles.

Another New Hampshire team, the Wildcats, ran into a similar tough draw on Saturday as they were matched up against Louisiana Select and the nation’s number one player Greg Monroe.  Select dominated play from the get go but that didn’t stop a few of the Wildcats from showing that they could compete on that high of a level.  Vytas Kriskus finished with 16 points as he bombed away from long range while also showing an improved physique.  Brewster Academy’s rising junior forward Luke Apfeld was also impressive as his game has clearly come a long way since earlier this fall.  Apfeld showed a soft touch on his 15 foot jumper, a nice jump hook on the block, and even the ability to stretch his range to the three-point line.

Two Vermont natives also stood out as Candon Rusin and Kyle Callanan played well for the Albany City Rocks 16u and 15u teams respectivcely.  Rusin led his team in scoring with 25+ points in both pool play games while Callahan did a masterful job running his young team.  Both players are fairly under the radar and should be definite division I prospects.

The New England Playaz 16u continued their dominance going undefeated in pool play.  Program director TJ Gassnola was hesitant to give any one player all of the credit saying it was a complete team effort.

“They all played great,” he said.

Austin Carroll continued to shine with his marksmanship from downtown, while Jordan Williams was virtually impossible to stop in single coverage on the post.  All the while Nadir Tharpe continued to show why he is one of the 2010’s best point guards in the entire nation.

The Playaz 17u team was also impressive finishing second in their pool with a 2-1 record.  Playing with a new addition in Massachusetts native Troy Gillenwater, it was still point guard Terrell Halloway who led the way.  In a tough victory over Team Odom late in the day on Saturday Halloway was dominant down the stretch scoring 8 points and handing out 3 assists in the final two and a half minutes of play.  TJ Robinson and Derrick Thomas chipped in with 13 and 12 points respectively, while Dartaye Ruffin was the unsung hero giving his team a physical presence on the interior and dominating the glass.

And here’s a scary fact, as good as the Playerz teams were, they were both undermanned as the 17u team was playing without superstar Erik Murphy (injury) and fellow frontcourt starter Andrew Van Nest (Virginia Elite Camp) while the 16u team was without one of their best players in Nate Lubick (Nike camp).

Other local players who stood out during the day were: Robbie Williams who scored 21 points including 3 three-pointers in the BC Eagles afternoon victory; Tim McKinney who had 15 points getting into the lane and doing a great job of finishing against contact versus the Student Athlete Broncos; Ben Crenca who held down the fort close to the basket to help the Rhode Island Hawks to a second place finish in their pool; and Chris Prescott who had 22 points in CBC’s win over Martin Brothers Iowa including a thunderous dunk inside the lane.