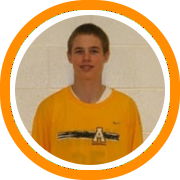 The Mass Rivals earned a hard earned victory over a talented Connecticut Select squad on Sunday to earn the u15 championship at the first ever New England Junior Elite Championships.

Both teams came into Sunday’s final riding a wave of momentum after having gone undefeated through pool play but it was the Rivals who earned the chip with a 79-61 win.

We told you on Saturday that the Rivals featured a frontline full of potential with Alec Brennan, Matt Cimino, and Mabor Gabriel giving them three long and skilled forwards who have the upside to follow the likes of Desrosiers, Smotrycz, and Auguste.

But on Sunday the Rivals got huge production from an unexpected source as Sam Dowden connected on 21 points, showing a full offensive repertoire.  Andover’s rising sophomore got going with his perimeter jumper early and then got things going to the rim, utilizing a good motor and strong body to drive the ball to the paint, crash the offensive glass, and finish through contact.

Dimitri Floras picked up right where he left off Saturday night, matching Dowden’s 21 points.  It was Floras’ well developed skill set, and consequent versatility with the ball in his hands, that stood out not just in the final but all weekend long.  Whether he was making plays in the open floor, breaking his man down off the dribble in the quarter court, pulling up in the mid-range, or knocking down three-pointers, Floras has terrific command of his game with the ball in his hands.

Despite the loss, Connecticut Select still put forth an impressive effort this weekend, introducing a handful of talented young players to the New England Recruiting Report.  Darrius Edwards and Cane Broome give the team a talented guard tandem who are playmakers with the ball while Daequan Clark gives them a talented player with undeniable upside on the wing.  Up front, Andrew Isaacs and Jahvaney Beckford are like men among boys against kids in their own age bracket as both are incredibly powerful young players.