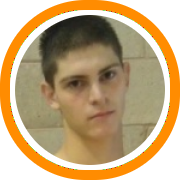 After six weeks of play in the books thus far, one team in each division remains undefeated in division play. St. Raphaels (Division 1), West Warwick (Division 2), and Prout (Division 3) all stand their ground with a 7-0 record.

St Raphaels - The Saints bounced back from New London this week by sneaking away with two three point victories. The Saints gave Central their first loss of the season Tuesday night. Charles Correa scored the game-high 19 with Cesar Meija on his side with 18.  After trailing Classical by five points at the half on Thursday night, the Saints raced back to take the lead with 30 seconds left and hold onto a 64-61 win. Correa checked in with the game-high 30 points, benefitting his 20.3 ppg this season.

West Warwick - The Wizards remain untouched in DII with two wins over the week. John Morrison went to work with 27 points, 8 assists, and 8 steals in a  win over Central Falls 81-70. Forward Ryan Lawton kept his motor going, yet to be held without a double-double this season.

Prout School- The undefeated division three school barely kept their record in tact this week. Erik Ramieka dropped 20 and Justin Bristol powered through the post with 15 to breeze by East Greenwich 64-47. Prout struggled in a one point victory over Exeter West Greenwich on Friday night. The states co-leading scorer Erik Ramieka was held to 12 points in their 44-43 win. Freshman Chris DiClemente made his presence known throughout the week with solid play.

Jarrell Lawson - Central's senior continues to impress in his breakout season as he one of two players in the state to average 23 points per game.  Tuesday night was a different story though as Lawson was held to 16 in a losing effort to St. Raephaels.  He was back to his normal self on Friday as he went off for 32 points, displaying his range with five treys leading his Central sqaud to a 6-1 record.

Austin Van Bemmelen - Van Bemmelen made the entrance to the 1,000 point club at North Providence this week. His jumpshot generated two wins with a 21 and 24 point performance, increasing his Cougar's squad to 6-1.

Ben Engvall & Corey Daugherty - The young Barrington team continues to make strides towards a playoff spot. A box-and-one defense was not enough for Shea to stop Engvall as he scored 22 to rally back from an 18 point deficit. Freshman Corey Daugherty contributed with big shots while running the point, finishing with 12 points and a 58-57 win for Barrington. Daugherty then scored a season-high 16 along with Engvall's 17 in a four point loss to Tolman.