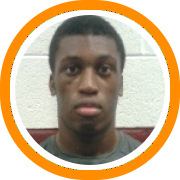 Dondre Rhoden, who spent his post-graduate year at Putnam Science Academy this year, realized his division I dream on Tuesday night when he accepted a full division I scholarship offer from Farleigh Dickinson University.

Rhoden was recruited primarily at the division II level during the course of his post-graduate year but took advantage of a new NCAA rule allowing recruitable student-athlete to work out at NCAA institutions.

Rhoden, who has grown an inch over the course of the last year and now stands at 6-foot-6, reportedly shined during his workouts at FDU and out-played more celebrated prospects.

A New Jersey native who previously starred at and graduated from Ridgefield Park High School prior to arriving at Putnam Science, Rhoden is known for his power and toughness inside, along with a top-notch work ethic. Now he has the opportunity to both play division I basketball while also doing it close to home.

Putnam Science Academy closed their doors after the 2014-2015 school year, but Rhoden becomes the 5th member of their 2015 class to accept a division I scholarship joining Vincent Eze (Maine), Andrew Robinson (Quinnipiac), Aaron Robinson (Quinnipiac) and Kealen Ives (Rider). Josh Wallace was previously committed to division I Maryland Eastern Shore but is back available after re-opening his recruitment.