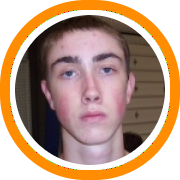 Mike Culpo has emerged as the clear choice for the #1 ranking in the class of 2008.  His St. Andrew’s teammate Brian Hanuschak has also jumped up a couple of spots to grab the #2 spot, while Jerell Gomes and Adalberto Bueno come in at three and four.  After his big summer and equally impressive fall Jeff Holmes has taken the fifth spot and may be poised to continue his climb up the list.

Nyheem Sanders' potential still dictates his #1 ranking in 2009 while he is followed by Billy Baron, Mike Accaoui, Greg Newton, and Jordan McDonald.  But the real story in 2009 is all of the talent that has chosen to move out of the state.  Erik Murphy (St. Mark’s), Mike Marra (Northfield Mount Hermon), Corey Wright Jr.(Marianapolis Prep), Ben Crenca  (Worcester Academy), Sam Martin (Worcester Academy), Toso Adebamowo (Marianapolis Prep), and Jamee Jackson (St. Anthony’s) are all scholarship level recruits who call Rhode Island home despite choosing to play outside the state’s borders.  Had all of these local players decided to remain home, the class of 2009 would have had the potential to be one of the best in state history.

Stay tuned tomorrow as the New Hampshire rankings will be announced.